this is probably why my non-competitive self likes running

I really can’t believe that January is over. Another month has passed in 2013, and I’m another year older! I’m also even more on my way of keeping up my my goal for this year: 1,000 miles. The constant cold, snowy weather and roads, and broken treadmill in my building have been rough – but somehow I’ve managed to find time to wake up at the crack of dawn and get in at least a few miles before my days begin.

Here are how my past few weeks have gone:

This week was a mix of weather, meaning a mix of indoor and outdoor runs. Monday started out cold and windy and forced me indoors, but Tuesday ended up in the 60s, letting me run outside in shorts!  Alas, it turned cold again quickly and even snowy by Saturday so that our 8 miler (which we didn’t quite make) was a snowy, wet run. I swear, it may have snowed 2-3 inches while we were running. 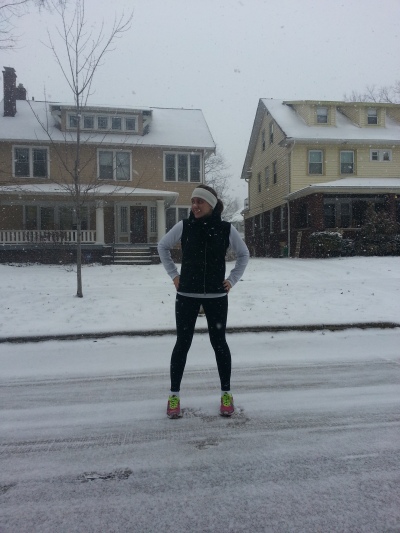 Dressed in layers. Turtleneck, sweatshirt, vest and leggings.  After taking this photo, B said, “You’re not going to share this with everyone online are you?” I hadn’t thought about it (was just gonna send it to my mom), but since he mentioned it …

So where does that leave me for the month? 136 miles run in January. I’m keeping my fingers crossed that I can keep this up without a hitch and even get in 1 or 2 half marathons this year.

How are your 2013 goals coming along? 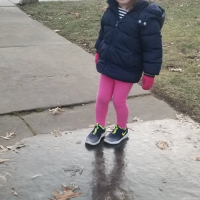