Before I get into this update – did you watch/catch any of the Boston Marathon yesterday?! I had to work and didn’t get to experience Marathon Monday sadly, but I was definitely checking in and paying attention to those I knew running as well as all the elites on my computer. It’s been 7 years since I lived in Boston but I still can feel the excitement of Marathon Monday and watching the runners explore the great city. Anyway – congrats to all that ran and I hope your experience was as great as you hoped!

Confession – while I lived in Boston I never ran the race (or attempted to). Instead, like most BC students I took the day off as a chance to err… drink outside… AND cheer on the runners!

And now back to our regularly scheduled post … my week 8 update!

Blahh. I wish this were a GREAT running update. After all, we’re LESS THAN ONE MONTH away from race day! But I was sick going into this week and not yet feeling 100% better as I got into my long run this week. But as a Cleveland marathon ambassador (running the half on race day), my job is to share with you the good AND the bad –  so here we go!

My runs for this week:

Actual run: 4.85 miles outodors. The theme of today? Slooooooow. Running with a cold and cough is not fun. Definitely out of breath faster than usual.  BUT it was nice to be outdoors! And yes, I had to stop and snap a photo because it’s finally getting lighter during my early morning runs! 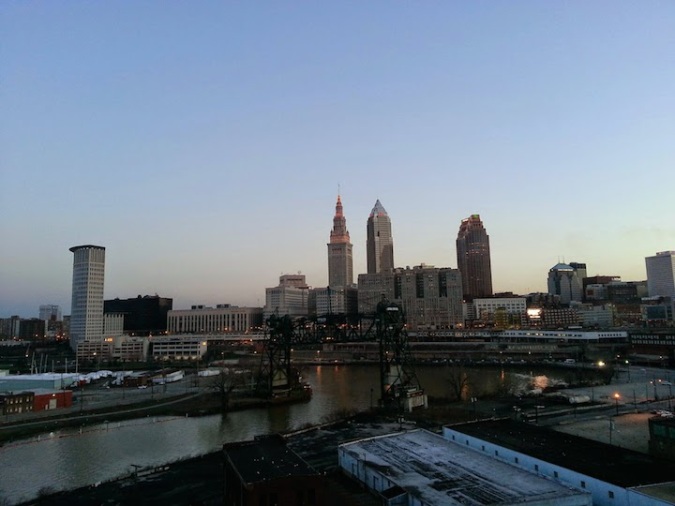 Actual run: a semi 40 minute tempo run. What does that mean? I did it-but slower than I like – I usually like to get up to at least 7.6mph for a few minutes but that was not happening. I had to get up at 4:55 if I wanted to get in a run before a day out of the office and I was still not feeling 100% better and felt it on the run. The positive? I finished! 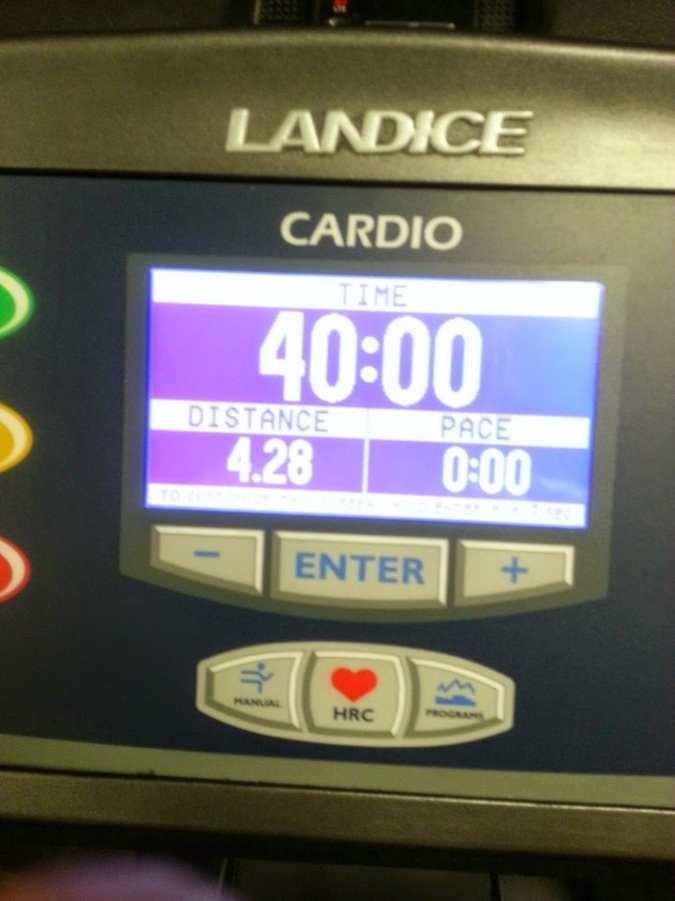 Wednesday: On the schedule –  3 miles.

Actual run: 3.64 miles with Nicole. Another slow, should-be-easy run but still felt somewhat more difficult than usual. And yes, Nicole let me stop and take photos during our run. 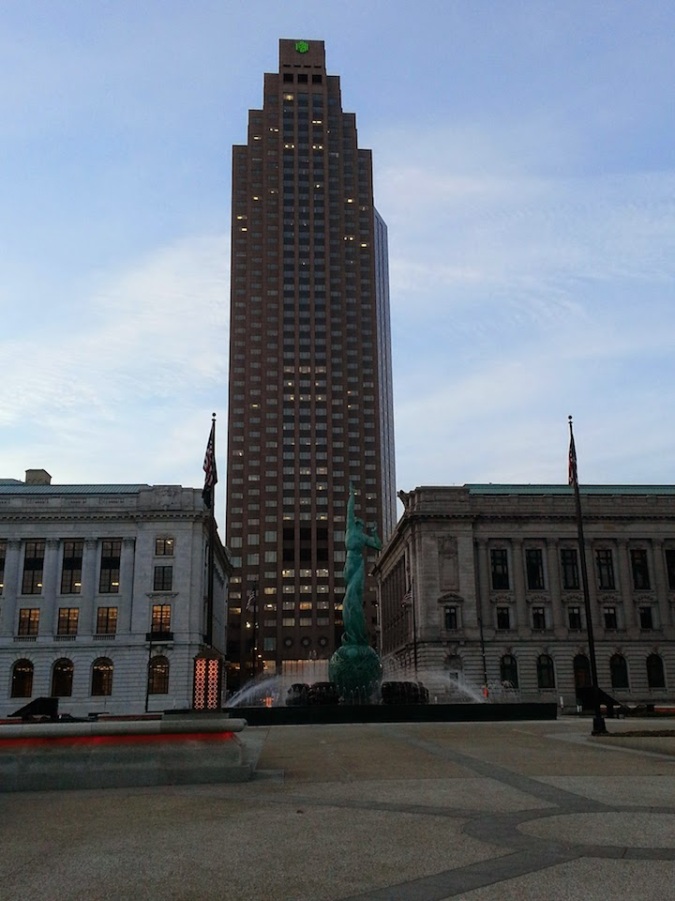 Thank you Nicole for letting me stop and take this photo 🙂 One of my favorite random spots downtown.

Actual run: None! I did about 55 minutes on the elliptical, some abs and arm exercises too.

Actual run: 6.16 miles – not-so-pace. Again, the theme is slower than I should be for the week, huh? It was actually warm and humid and somewhat muggy out which was somewhat enjoyable – I wore capris and it was great! Another run with Nicole and we got in an extra mile thanks to my Nike+ not working again. No photo during this run.

Actual run: 10.46 miles with B. While I still didn’t feel as good as I should, it was so nice outside and I felt a LOT better than our 9-miler-turned-7-miler last weekend! My heart rate was a lot higher than usual still – I typically can do easy long runs at 140-150s but I was in the 160s for nearly half the time (45 minutes), which is what I run races at. Still – yay! We did it. 10 miles on a gorgeous sunny day. So good to be back in the double digits! 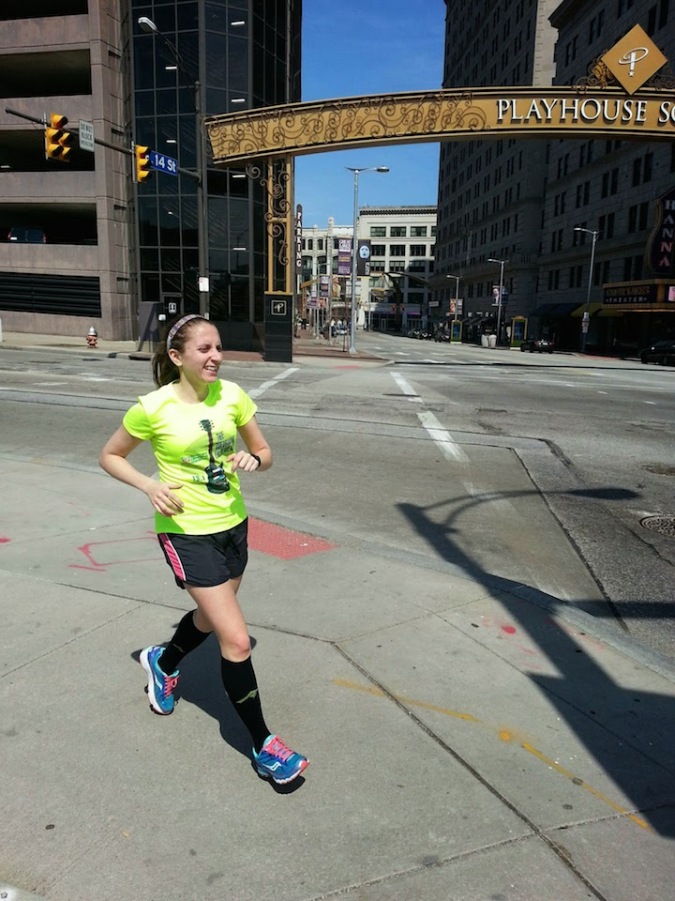 I don’t know what my face is doing in this photo .. I think I’m trying not to smile or laugh while B takes a photo

from my fitbit- my heart rate

Actual run: None! Got in 50 minutes on the elliptical and some free weights. And then worked my arms even more with some dusting of our apartment, which apparently was pretty dusty. Oh, and B and I took a nice walk down to the lake because it was a pretty day out – but no running! 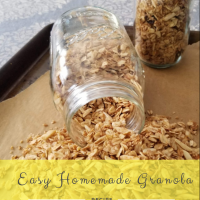 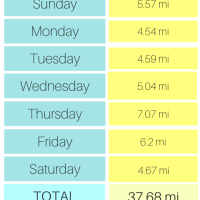