This weekend,  B and I took FW on his first road trip- we went to visit my parents, brother,  extended family and friends in NY.

It was the baby’s first road trip! 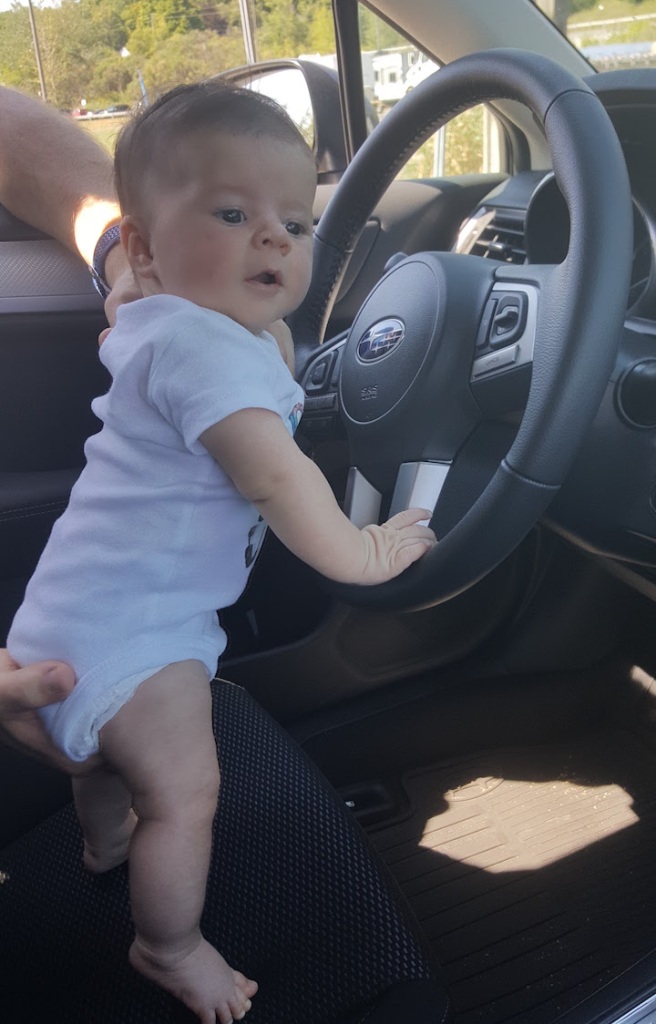 First,  I’ll admit that a normally 8 hour car ride is not my idea of fun. Add in a semi cranky 2-month-old baby? Not the greatest way to spend your Friday night. But once we got into town,  it was great! I loved being able to introduce everyone to the baby and also get some time to myself as he was passed around. 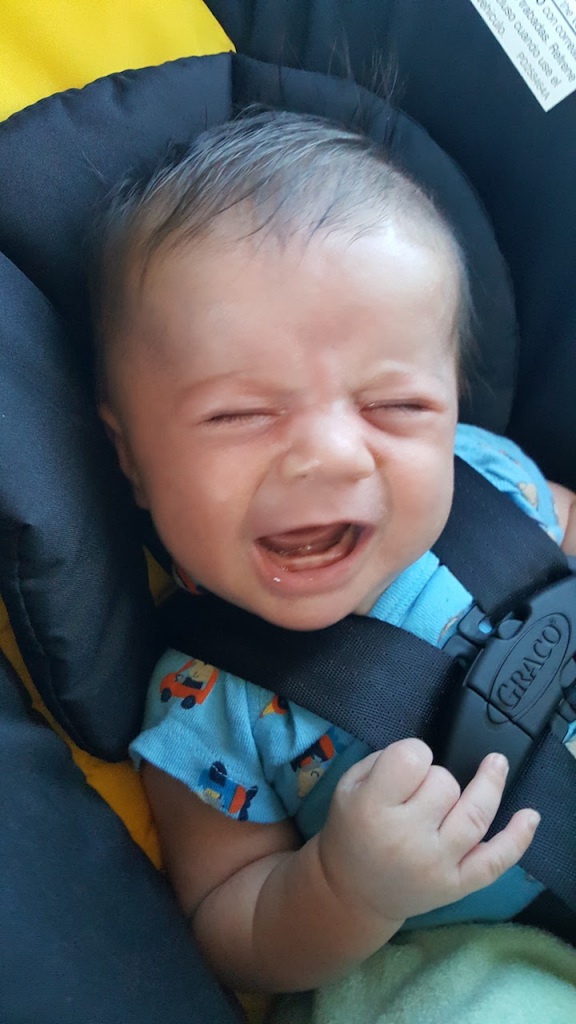 Playing “pass the baby.” Not really- but FW got passed around from my mom, to my aunt to my uncles, etc. 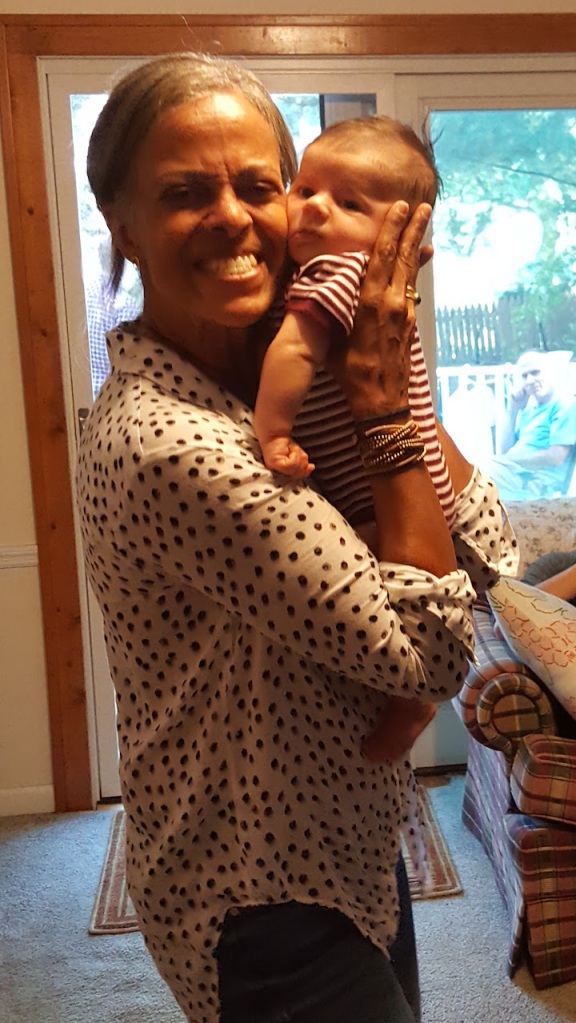 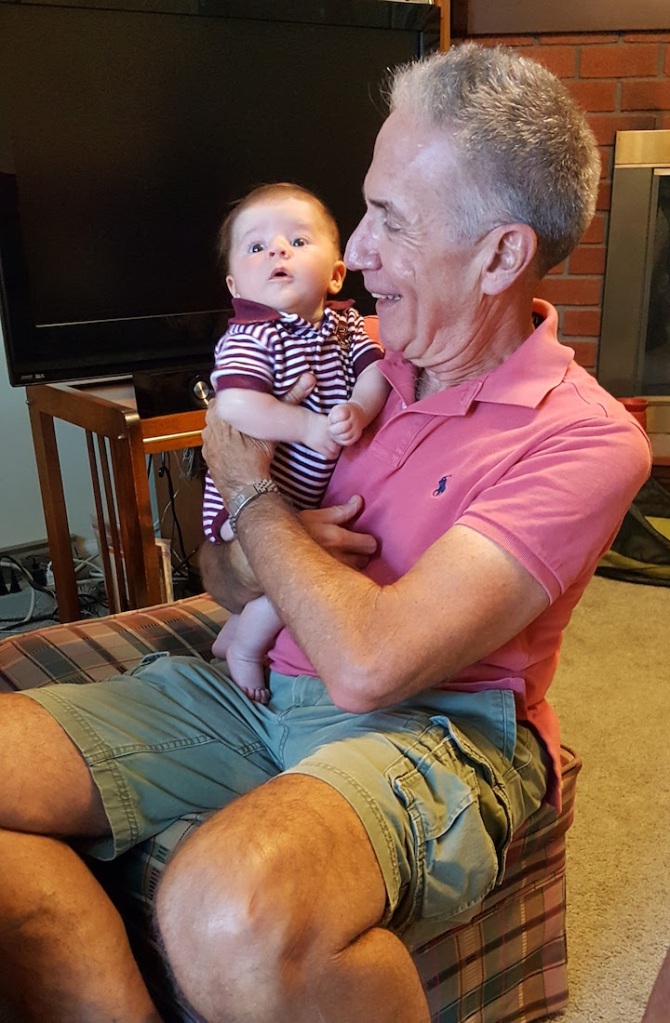 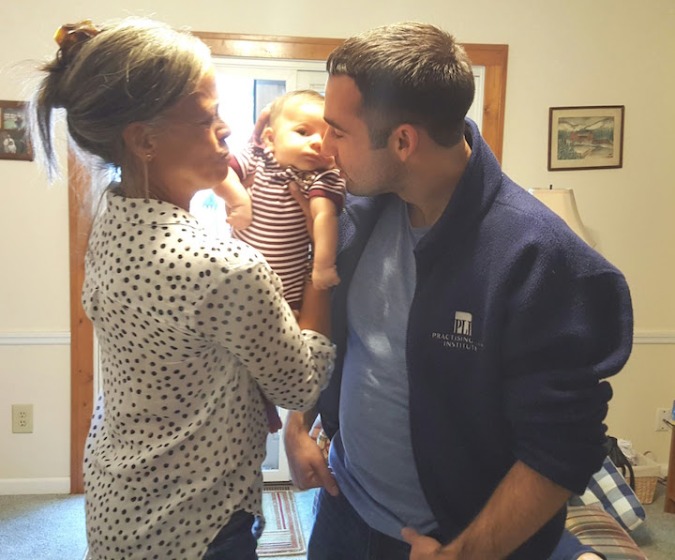 Going for a run around my old neighborhood while FW was watched by my parents. It’s a nice change of scenery from my usual downtown runs and much hillier than I’m used to!

seen on my run

Seeing my brother.  I hadn’t seen him in a few months and I was so glad that he and FW got to meet! This picture makes me so so so happy.

Hanging out with Jane and Alisa,  two of my bffs from forever.  They were also excited to meet FW.

And we snuck in some FaceTime with our bff Melgar of course.

Taking FW on a run at a local park. B and I took turns with the jogging stroller, which is getting a little easier to use.

post-run pic at the park

Getting through our first road trip with FW. I was lucky to get some advice from some mom friends ahead of time (including Reanna) and it went pretty smoothly. I spent about half the time in the front of the car, half in the back and brought a few toys, some pumped bottles and a car adapter for my pump.

Watching the first BC game of the season. FW hung out with B and cheered on the Eagles, who sadly lost their lead at the end of the 4th Quarter.

We had to leave early Monday but still managed to make it home for our usual “Sunday” dinner – where FW continued to get showered with attention,  this time by his cousins.

My heart is so full from showing FW my home and introducing him to so many of the most important people in my life. I know he won’t remember these days later in life, but I’m cherishing every one of these moments as he gets bigger and bigger each day! 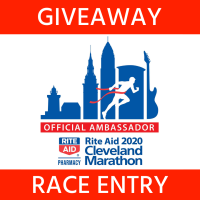