When I first saw What I Ate Wednesday posts a while back, I was a little confused. I thought that these were what people ate ON a Wednesday. I wondered how they captured it – was it the previous week? Was it what they planned for that day? It took a while and then I finally realized that it was just someone’s food – and they posted it on a Wednesday. Whoops. Anyway, for this week, I decided to share ACTUAL Wednesday eats – from last week. So this week’s WIAW foods are actually Wednesday foods! But not today’s foods. Confused yet?

Wednesday morning B and I took a pre-work walk for coffee and pastries. I just LOVE Bloom’s baked goods and if you go in the morning they have a great selection. Their almond croissants are my favorite. 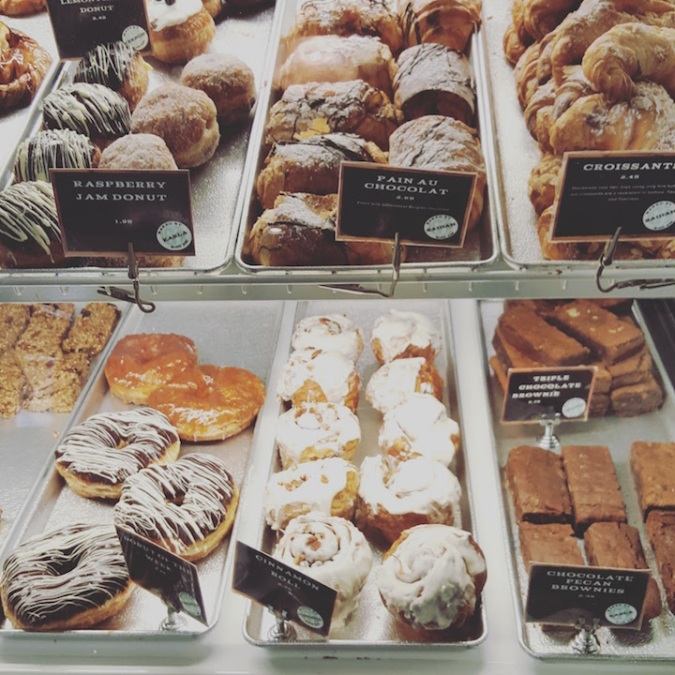 FW took a nap after our walk so I had time to make myself breakfast after B left for work! A runny egg, some egg whites, sweet potato with coconut oil and grapes. 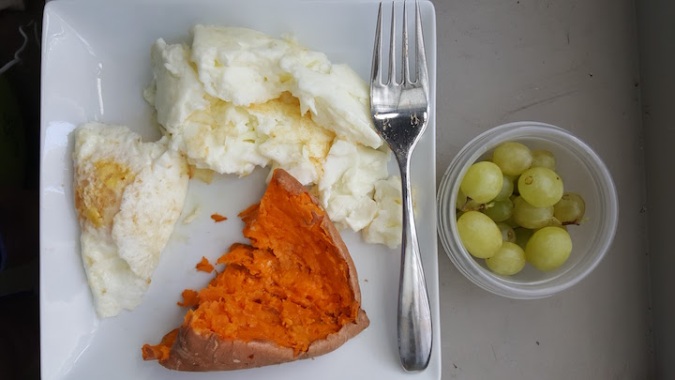 Lunch included a few random eats – an arugula salad with a corn salsa (courtesy of B’s mom) and goat cheese, a nectarine and leftover zoodles topped with a few bites of a veggie burger I hadn’t finished the day before. 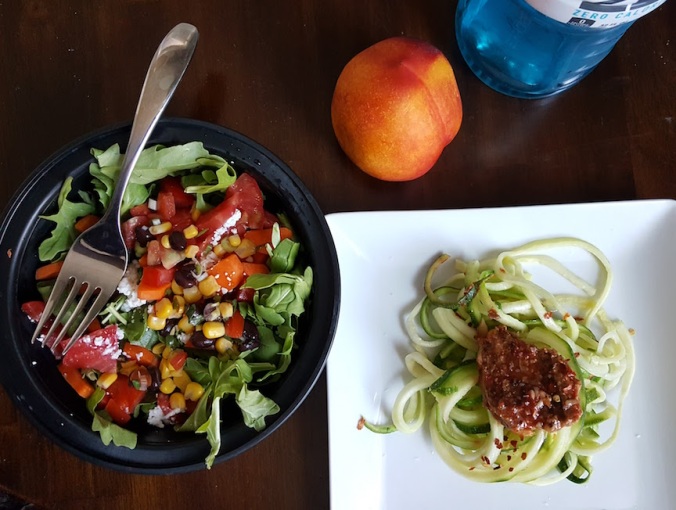 I was able eat the lunch with TWO hands because I was wearing FW. He hates being put in the wrap but it’s so nice to have both hands free and he calms down shortly after being put in it. 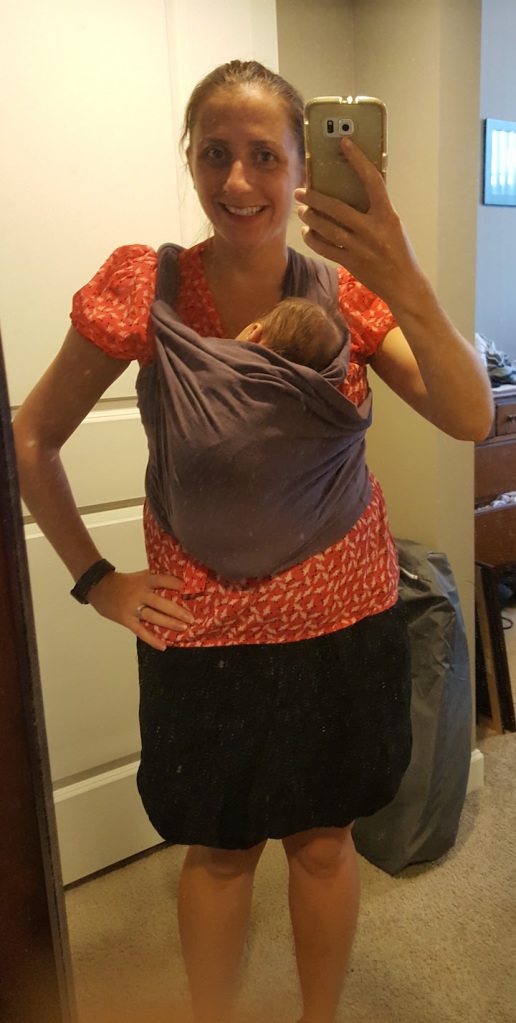 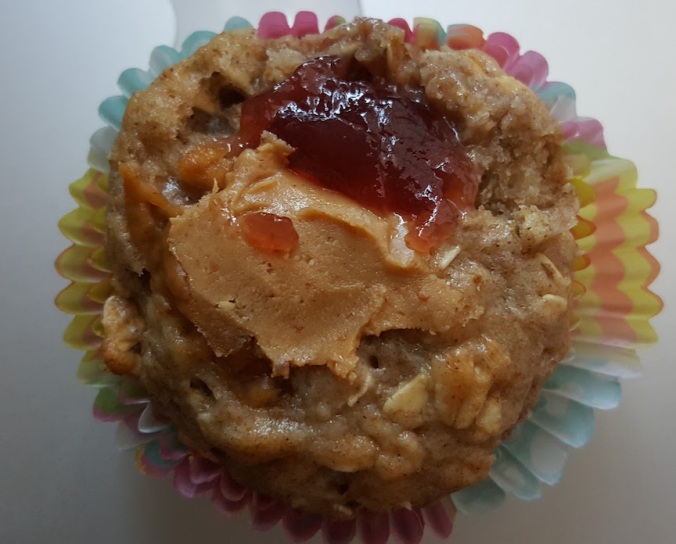 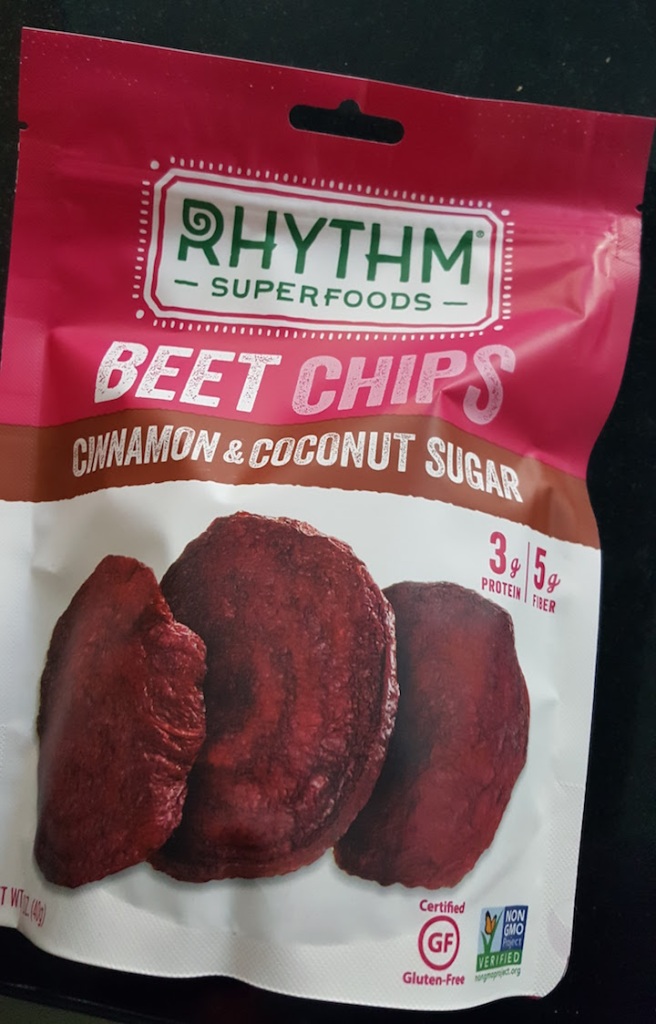 For dinner, we had plans to meet up with B’s family and go to the Hofbrauhaus for his brother John’s birthday. We snacked on some appetizers (including a large pretzel and this large lunchmeat platter) and I had some of their hefeweizen to drink. 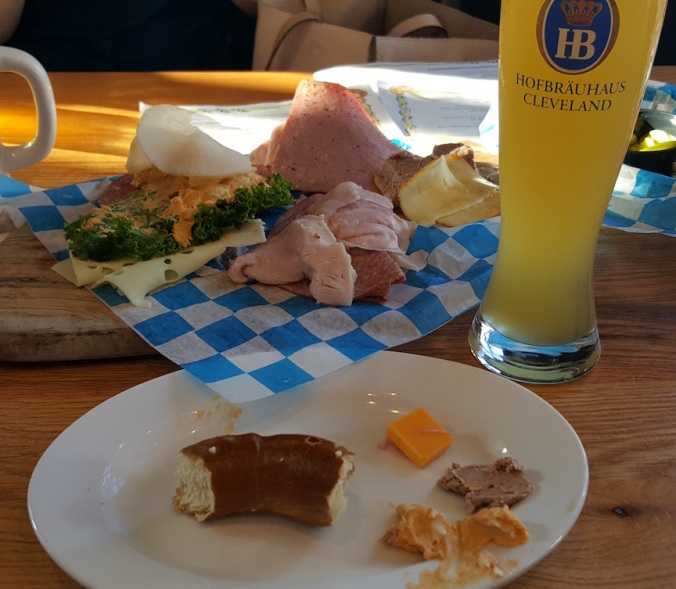 And for dinner? Their roasted chicken and potato salad. It was half of a chicken and I didn’t eat it all – but it made for GREAT leftovers on Thursday!

And that sums up my day of eats from Wednesday. Now, some questions for you: 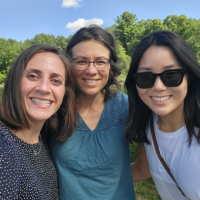