If you read my last week’s post, you saw that I wasn’t having veggies. A shocker for me – I eat veggies at least three meals a day typically (plus snacks), but last week, they just didn’t appeal to me. Good news – I’m back on the veggie bandwagon! I still haven’t been feeling them in the morning and haven’t been doing eggs, but on this day (Tuesday), I had them twice in one day. Woohoo! I’m almost back!

Here are Tuesday’s meals. It includes some veggies AND a work potluck where we all brought in soup to share!

For breakfast, I started the day with some yogurt and fruit. I mixed plain Greek nonfat yogurt with some canned pumpkin, cinnamon and Hemp Hearts and it was delicious! Does pumpkin count as eating veggies for breakfast? 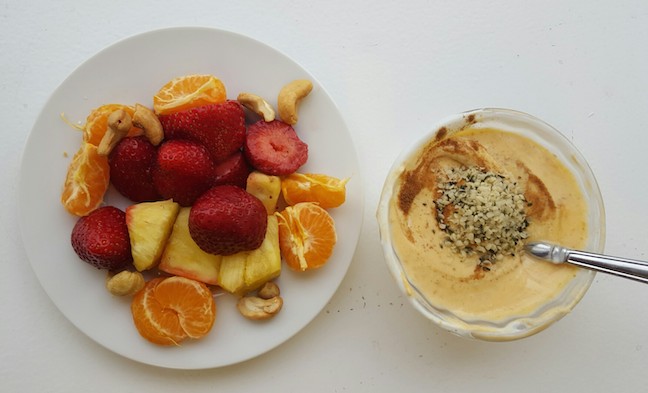 Lunch was our potluck! I had brought in a chicken gnocchi soup, but also tried some beef stew, veggie chili and gluten-free matzo ball soup. Plus some homemade fudge for dessert. And a side of raw veggies. And bread. Yup, that was a delicious lunch and I ended up in a food coma. 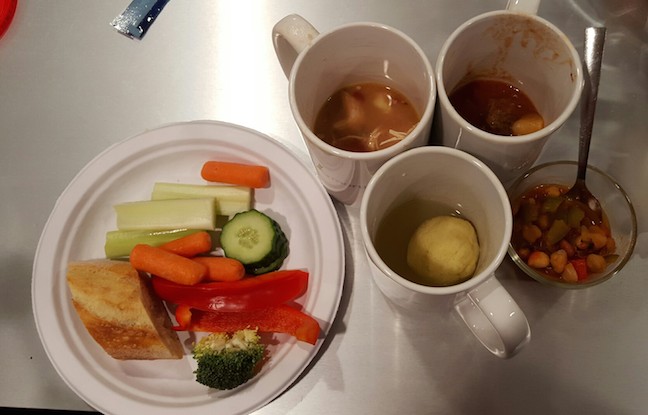 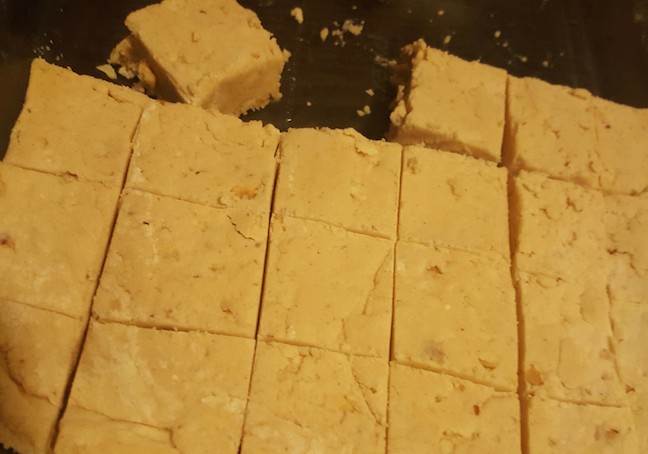 For a snack, I had an apple. I forgot to take a picture, so here’s my mostly eaten apple from Monday. I also had some tea. 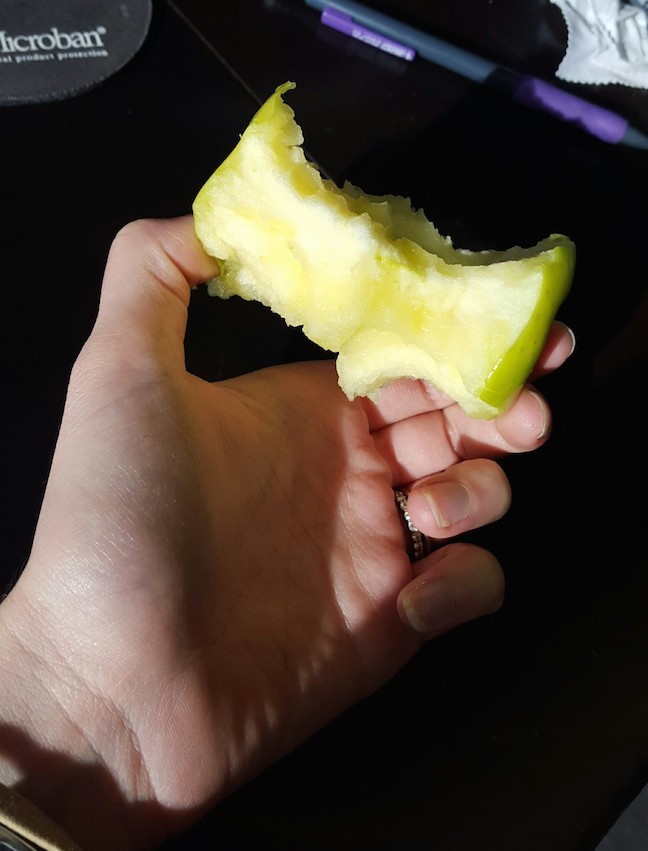 B made me dinner! And here are some more veggies. He made salmon and broccoli and shallots and asparagus. It was so good! I’m so glad to be eating more veggies again.

I also had another small bite of fudge. SO. GOOD. 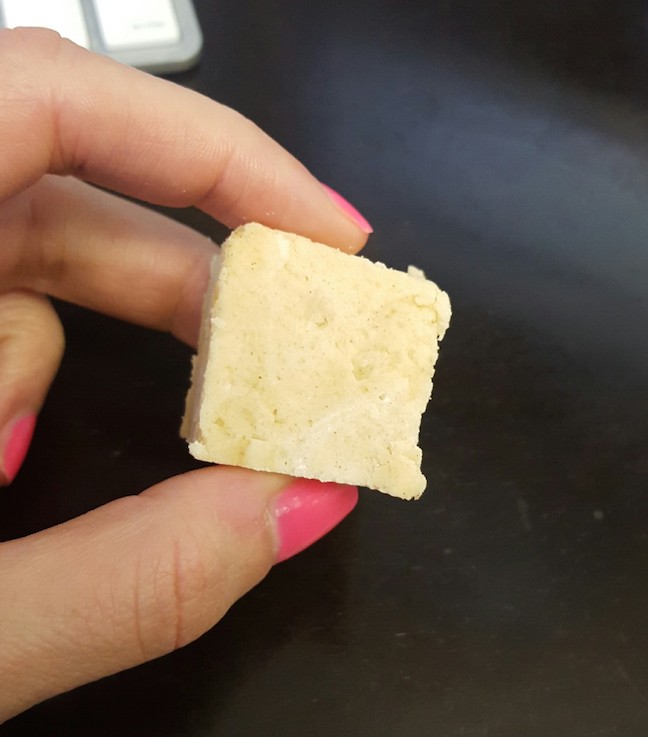 And that was about it! A day with some more veggies, thank goodness. Back on the vegetable bandwagon!

As you may realize, I haven’t had enough time this fall to get in all the pumpkin baking I typically do. Right now, all I’ve done is make pumpkin snickerdoodles – they were the bomb by the way if you haven’t made them, it isn’t too late! But knowing that the unofficial end of pumpkin season is coming to an end soon, I knew I had to have one last pumpkin baking hurrah.

It was a cold evening so I was in the mood for some baking (who am I kidding .. it could’ve been 90 degrees and I’d be in the mood for baking…). I opened my refrigerator and my freezer – and I had only 1/2 stick of butter left for baking. Half of a stick! That narrowed down my baking choices. Thankfully, I remembered I had torn out a few (and pinned of course) pumpkin bread recipes that called for little-to-no butter. And that’s what I decided to make.

Oh yeah- this turned out SO good that I made it twice. TWICE. That’s four loaves! Get on it before pumpkin season ends! Here’s what you need:

Here’s what you do:

Variations – I made two loaves as normal. With the next batch, I added white chocolate chips (not too many- maybe about 3/4 c) to one loaf and then finely chopped pecans to the other loaf. Yum! 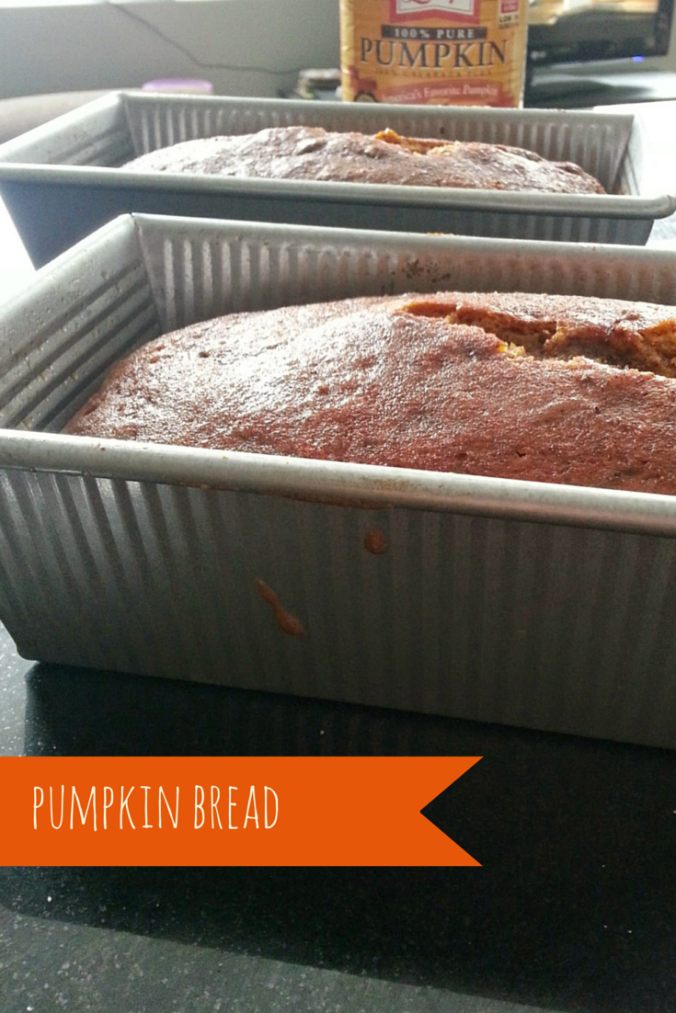 Happy Halloween! ‘Tis the season for pumpkin! As you may have noticed, I’ve been busy whipping up some pumpkin recipes these past few weeks. Soft pumpkin cookies with cream cheese frosting, pumpkin blondies – yum!

Now, for the easiest pumpkin pie recipe of all – and still delicious – pumpkin pie dip. My friend Ali shared a version of this recipe with me a few years ago and it’s become a staple in my house every fall. Serve it with apples, pears, ginger snaps, nila wafers, or cinnamon sugar pita chips. Or eat it with a spoon – it’s THAT good! 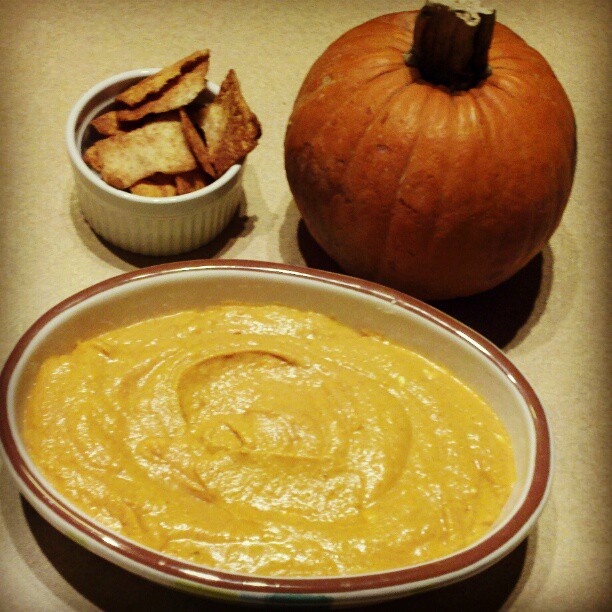 Here’s what you need:

Here’s what you do: 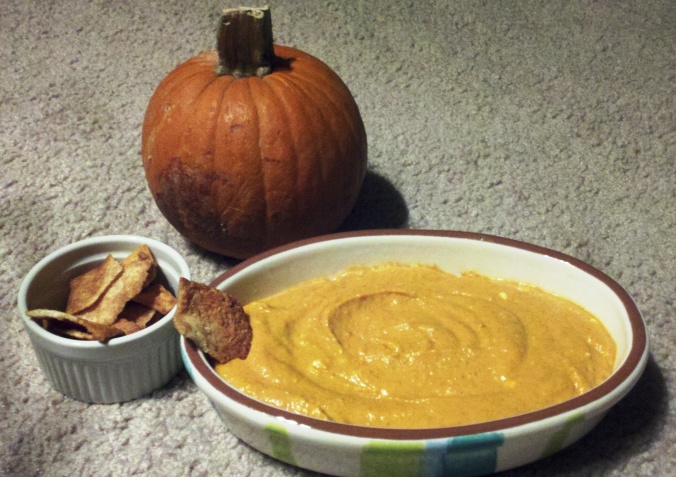 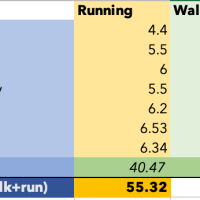 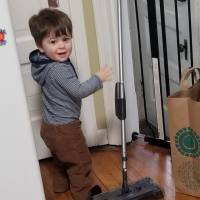