It was a busy, busy weekend for us- it reminded me of our weekends before we had kids when we just packed it all in. We had 2 birthday celebrations, brunch and more.

Friday started out with a work of Saint Patrick’s day party. We play the game with lucky charms and sadly I did not win.

Fridays during Lent mean no meat. B was originally going to make some veggie tacos, but we didn’t have any of the ingredients (whoops!) so we ordered takeout. Sushi is pretty much my favorite.

Saturday morning I had either a 5k on the schedule or 7 miles – I opted to do 7 miles and I’m glad I did. It was hard – I haven’t run that much since before LM was born and more than a year ago, but I was happy to have finished it.

Saturday afternoon, we celebrated B’s mom’s birthday. We started with some fun at an escape room. 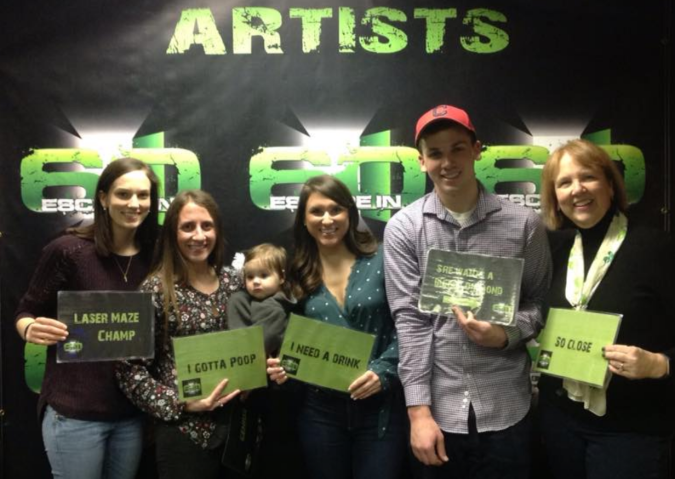 And then, it was off to shuffleboard.

FW had fun hanging out with his cousins.

FW had fun until he took a spill. He split his lip in a few places and it was a little traumatic for all involved.

Sunday morning started with St. Patrick’s Day brunch! B invited over some friends for some traditional Irish food.

This meant eggs, soda bread, potatoes and lots of meats.

FW had fun playing with Celia.

That afternoon, FW had a birthday party to go to. He and LM were celebrating Clara’s 3rd birthday.

FW had a blast running and jumping around in the gym.

Sunday night, we didn’t have dinner at B’s parents’ house since we had spent half the day with them Saturday. So, we did some meal prep and even made meatballs and sauce – FW was a great helper!

It was a fun but busy weekend – I’m glad we did so much but I’m also hopeful to relax a bit next weekend!

Wow, what a fun-filled jam-packed weekend. We packed so many activities into two days! Why? Because FW turned TWO on Saturday. So, we made sure to do as much fun things we could to celebrate him. It was great to make him feel special, especially since he now has a 1-month-old sister and he has to share the attention with!

Saturday morning we started the day with his favorite – pancakes!

They even brought out in muffin with a candle on it to blow out and sang Happy Birthday. He loved it!

After breakfast, we headed to the zoo. FW gets a membership from one of his uncles for his birthday and it’s such a perfect gift!

Francis LOVES animals, especially giraffes and elephants. So, the zoo was pretty much his ideal birthday location.

We even checked out the new Asian Highland’s exhibit.

We were there for several hours, and I discovered that they even have a nursing room for moms! It has two rockers, a privacy partition, children’s books and more. Yes, we may have spent some time in there.

At night, we all headed to the Indians game. FW seemed more interested in the mascot and music than the game. He did love “the baseball song” of course.

My parents also came in town to celebrate the birthday! They got in Saturday night, and we started off Sunday with a walk to breakfast. 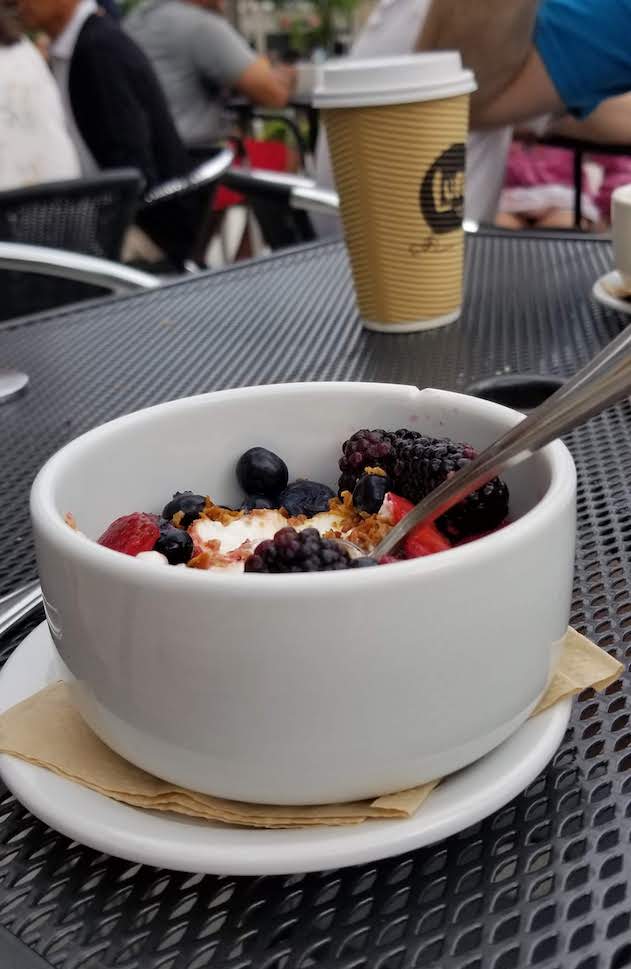 That afternoon, we had people over to celebrate FW. B grilled, and my mom and I helped with the sides.

B’s mom made a great birthday cake – it was a bear with a soccer ball! FW loved it.

I know I had a good time – and I hope FW did, too. I can’t my little buddy is already 2 years old!