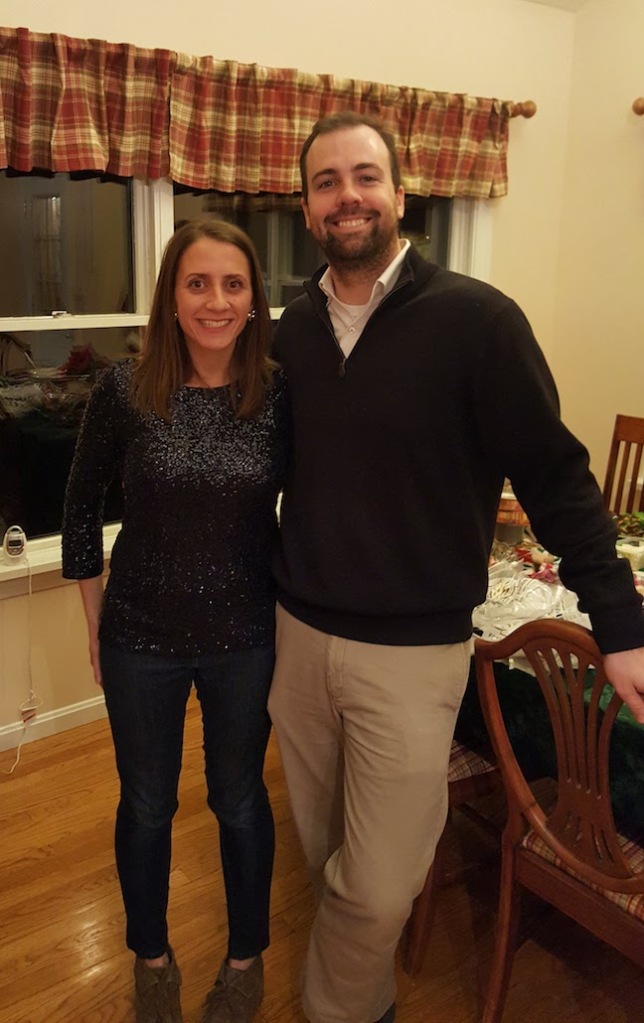 ringing in the new year

If you are anything like me and my friends, your Facebook feed has been full of reasons why 2016 was the worst year ever and people beyond ready to welcome in 2017. I even saw this trailer for a fake horror movie about the year:

And while not everything went as hoped in 2016, I can’t complain toooooo much. Why? Well, one big reason – FW. But 2016 was a pretty good year and when I was talking with B about how the year had gone, it was easy to come up with some reasons why. Here are 9 reasons*:
1. FW was born! FW was born in June of 2016, so the year can’t be considered all bad 😉 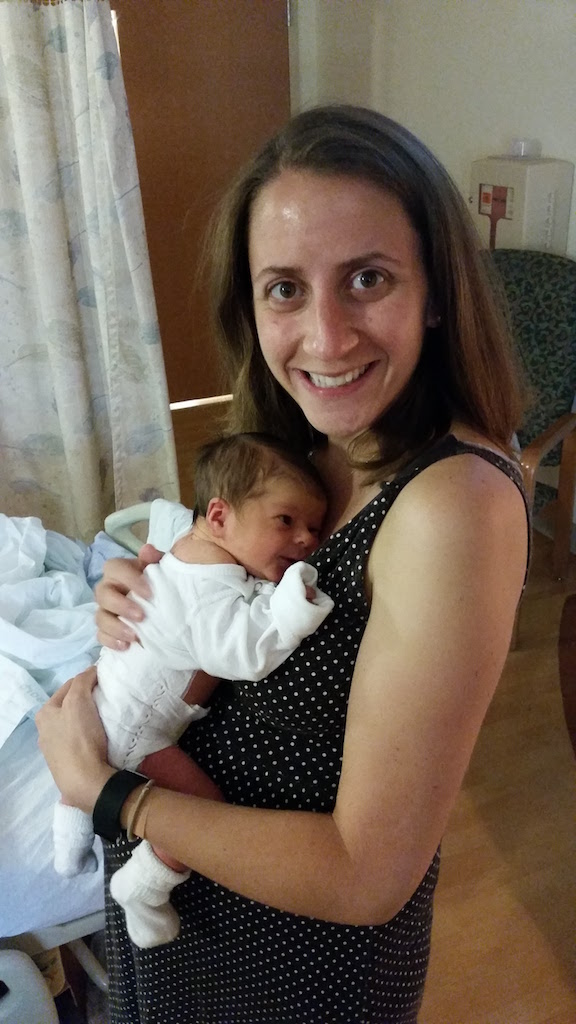 This was taken in the hospital when we were about to take him home!

2. I had a healthy, relatively easy pregnancy. I was pregnant for about half of 2016 and I was able to remain active, walking and running, throughout – and I am so grateful of that! 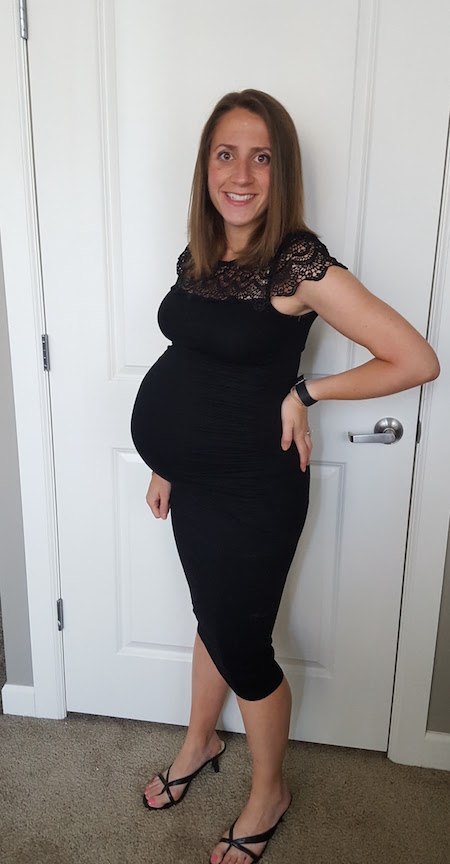 A wedding a week or so before FW was born 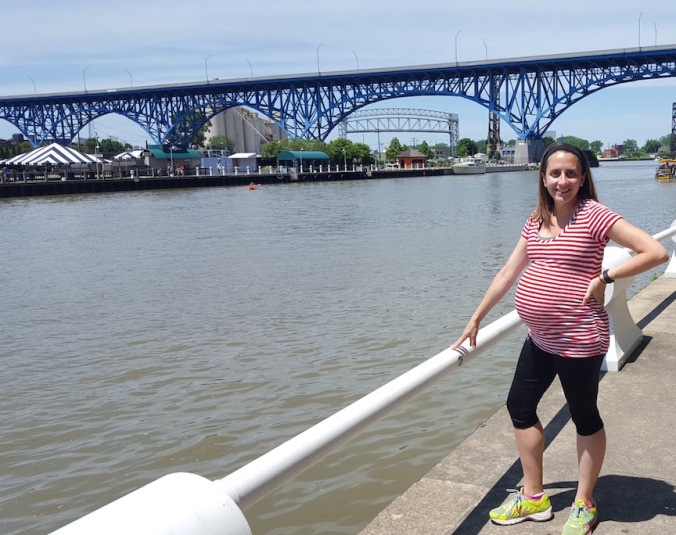 A morning walk the week FW was born 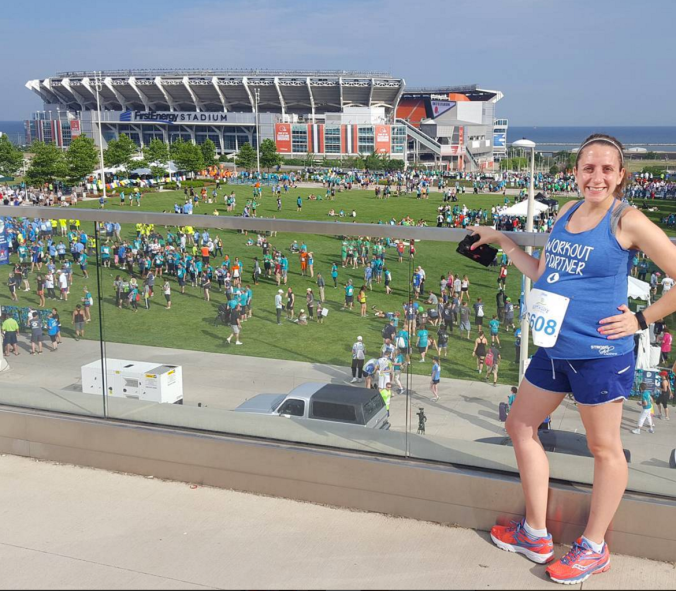 And yes, I had the same pose in all the above photos. There’s not much you can do with your arm when your belly sticks out so much!

3. B got a new job! While his commute is a little worse, he is so much happier at his new gig and I’m so proud of him for all he is accomplishing. 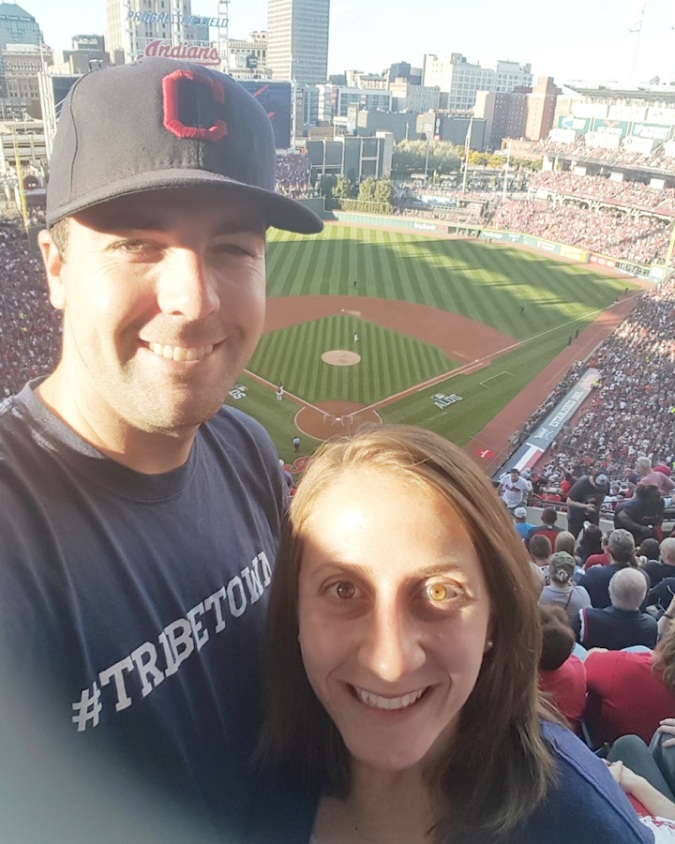 5. The Cavs became NBA World Champions and B and I got to celebrate – both the night of them winning (we went out and partied with all the other Cavs fans to celebrate) and then the parade, the day before FW was born. 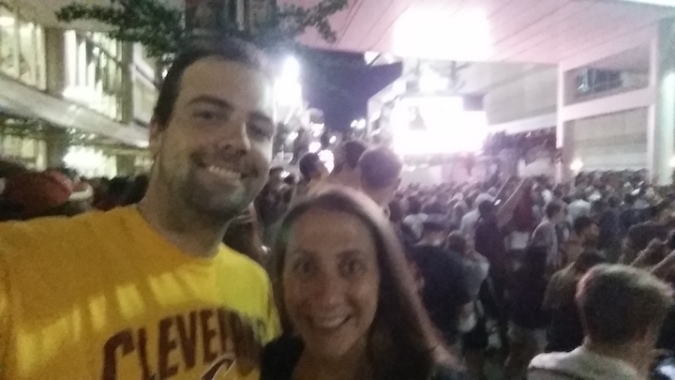 6. Great travels. We kicked off the year with a trip to Mexico City (I can’t wait to go back with FW!), got in a trip to Boston for our 5 year anniversary and spent a weekend in Columbus after FW was born. 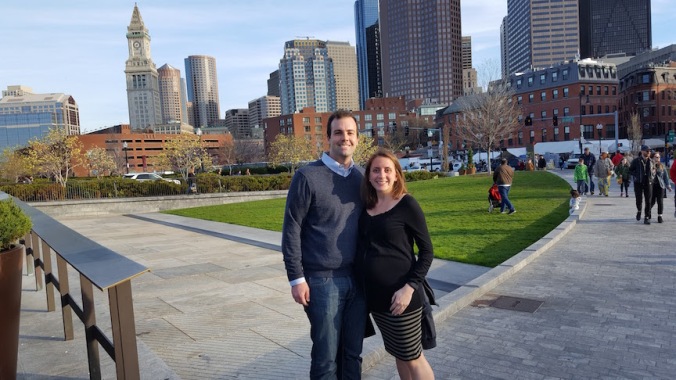 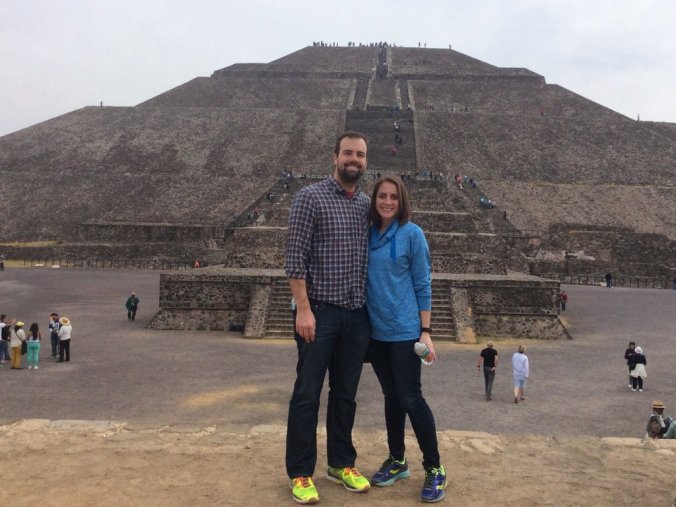 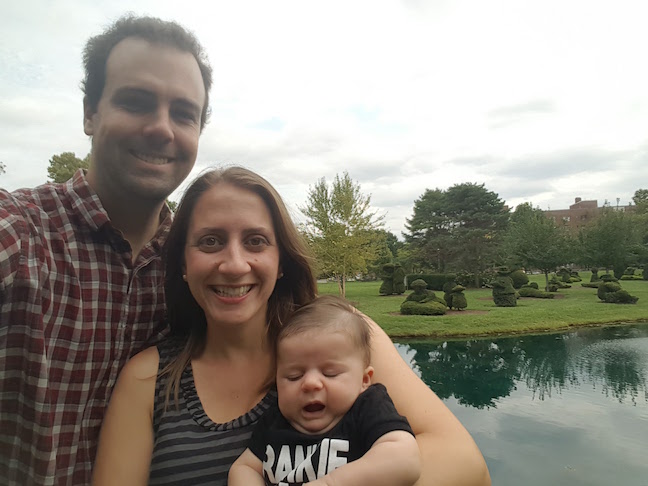 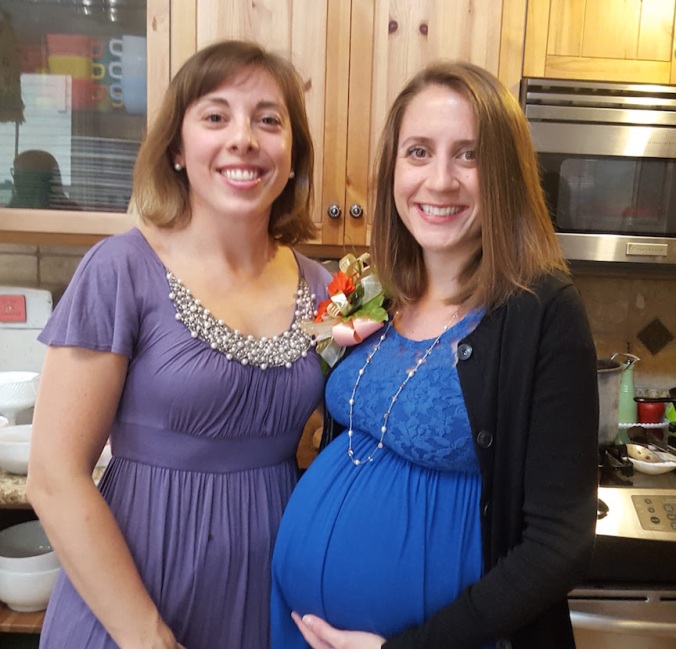 Me and Cuoghi – she threw me the best shower! 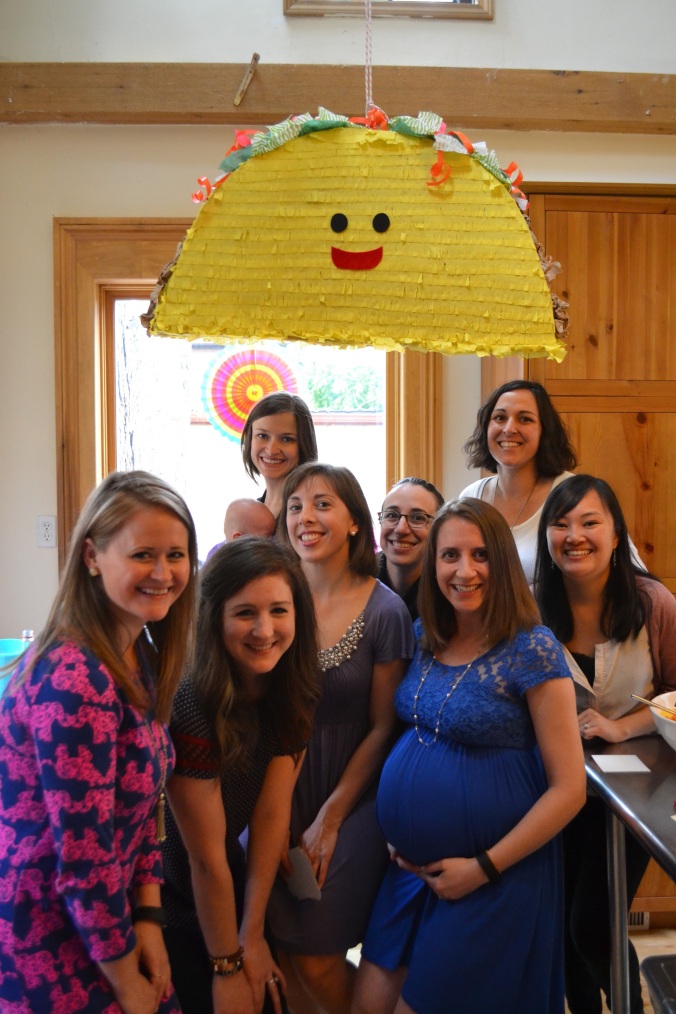 some of the Ladies Craft Beer Society at my baby shower. 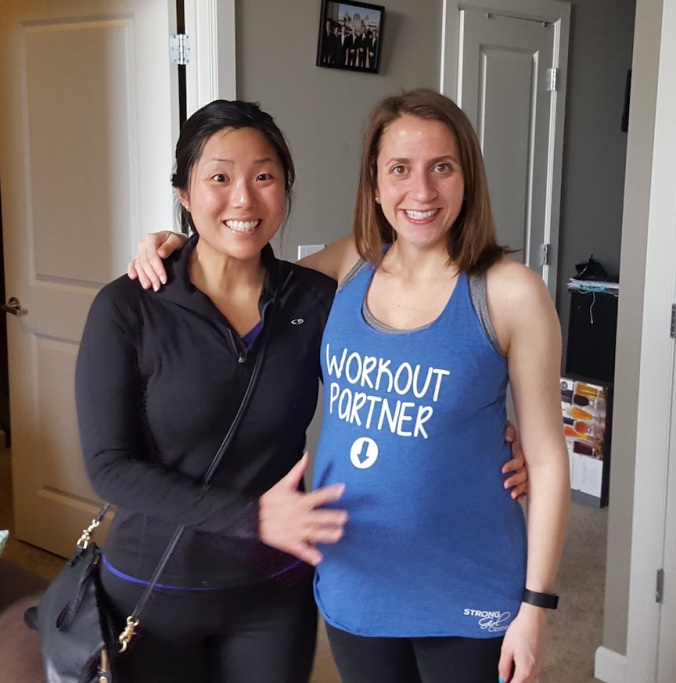 Jane was excited to see me and touch the belly 🙂 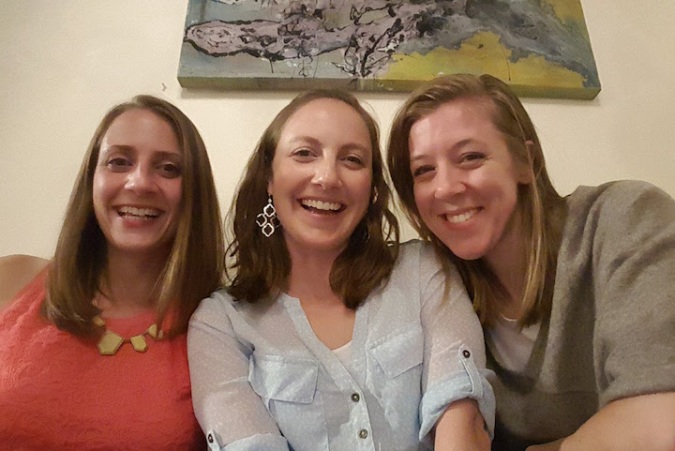 girls night out with Katie and Caitlin!

8. I got to spend another year as a Rite Aid Cleveland Marathon Ambassador. I’m so grateful to represent the Cleveland Marathon and even though I was just about 9 months pregnant, I’m so glad I got to be part of the group again and run the 5k/10k Challenge Series. 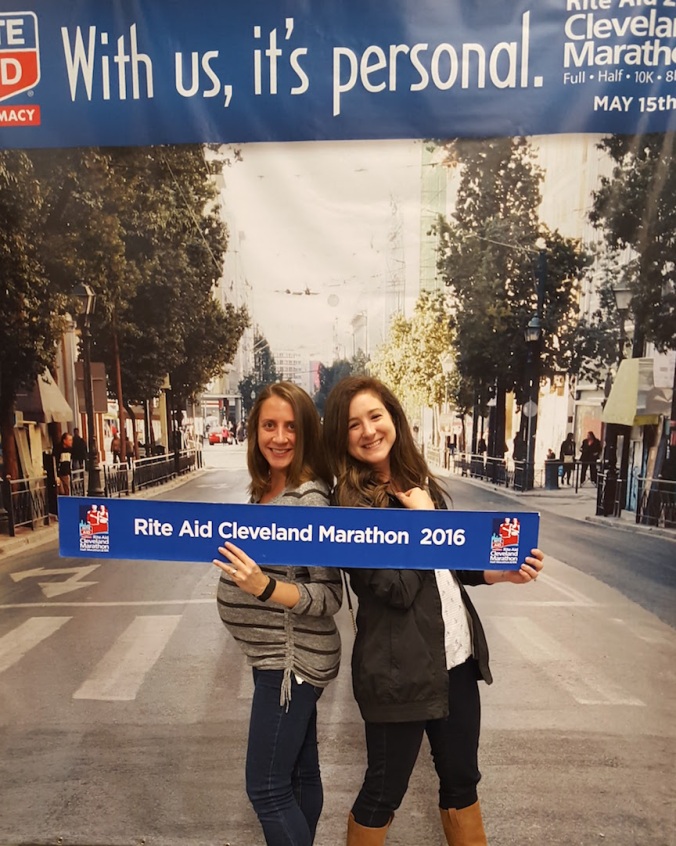 Cari and I before the race! We both did the 10k 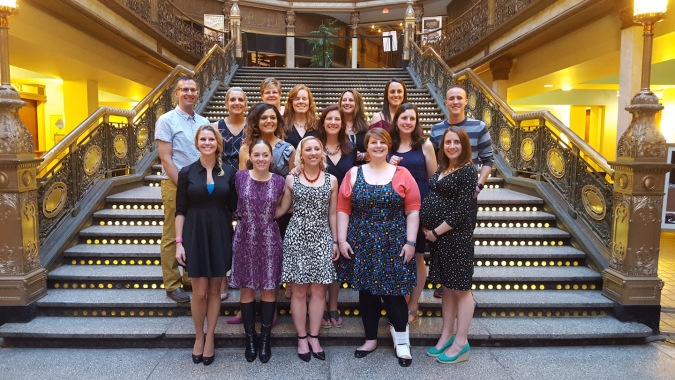 with my fellow ambassadors

9. We got a new car! I didn’t realize a new car could excite me so much, but I LOVE our Subaru so much. We got it over the summer and I am loving using it this winter! 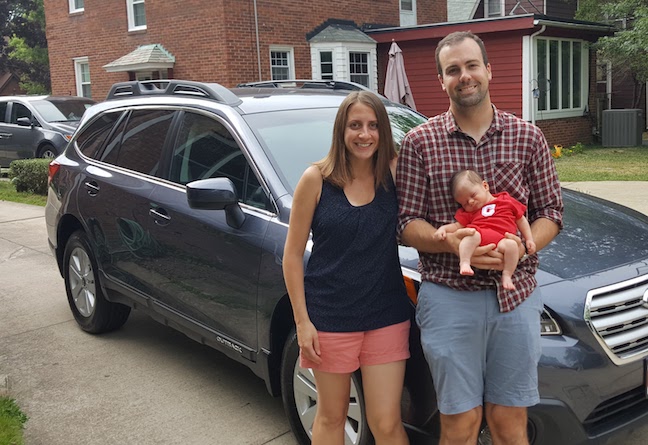 I know many of us are looking forward to having 2016 behind us – and while I had a great year, I’m pretty excited to see what 2017 has in store for us! I have a feeling it’s going to be a pretty eventful year.

*yes, there are 9 reasons. Not 10. Why? Because 9 is a pretty awesome number, because I’m recovering from a sinus infection and that’s all my brain could handle and because I’m joining with the Thinking Out Loud linkup where there are NO RULES except write what’s on your mind!)

What a glorious weekend! I’m back from a three day weekend in NY, visiting friends, hanging out with my brother and celebrating Mother’s Day with my momma. Of course, I’m going to share it all with you.

After work, B and I took the rapid to the airport and flew into Laguardia. That’s right, we flew. That may not sound like a big deal, but B and I hardly ever fly together. For some reason, we either fly without one another (like I did a few weeks ago on my trip to Orlando) or we drive places (like we usually do to NY). But this time – we flew! At the airport, we grabbed a quick snack (pretzels and beer!) at Great Lakes and a 6 pack to go! That’s right, you can buy 6 packs to go to bring for a friend!

After landing in Laguardia 20 minutes early, we hopped in a taxi to our friend Jared’s place, where we were staying for the night. Jared lives basically on Central Park West, so it was a quick taxi ride and a great place to stay. We met up with Jared, who was just coming home from work (yes, at after 10 p.m.) and grabbed some drinks and a quick bite to eat at a local bar.

Friday, B and I got up early and did some work. I got in a conference call and some emails and had planned on taking the day off to explore and visit with my brother, but after my brother found out he had to work and some of the projects I was working on were on deadline, and some others experienced a mini crisis (of course on my day off), I ended up working most of the day until meeting up with my brother for dinner at 8.  Thank goodness with my job I have the ability to work remotely! I was able to get a lot of stuff done, get on a client call, and answer important emails all from NYC. Plus I got an awesome lunch break – meeting up with my jr high and high school bff (and Maid of Honor) Jane, who lives in New Jersey and came into the city to see me, enjoy Shake Shack. We of course got in a quick trip to J Crew. 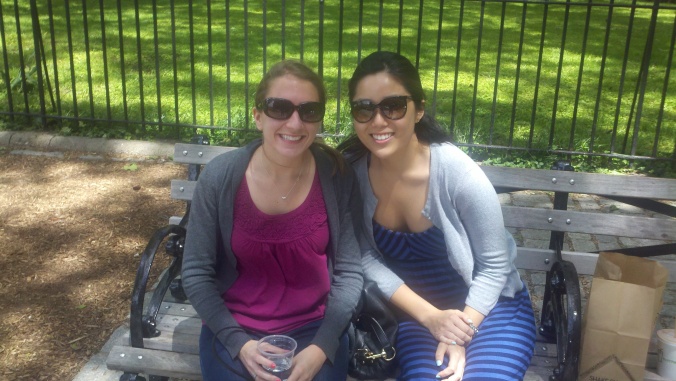 Friday night, I said goodbye to B and met up with my brother at Columbia. He got out of work a little after 8, and then we took a few trains and headed to Williamsburg (Brooklyn) for dinner. My brother had picked out a place for dinner, called Bistro Petit – and it definitely took after it’s name – there were probably 8 seats in the whole restaurant! Luckily, we had made reservations and were even able to sit outside for the first part of our meal – watermelon salad. Okay, I admit, watermelon salad sounds boring. It does. But my brother wanted to order it, so we did. It was anything BUT boring. The watermelon was perfect and came in a spicy watermelon reduction dressing with pickled watermelon rind, grilled halloumi cheese and mint. 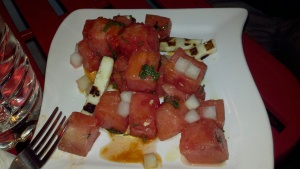 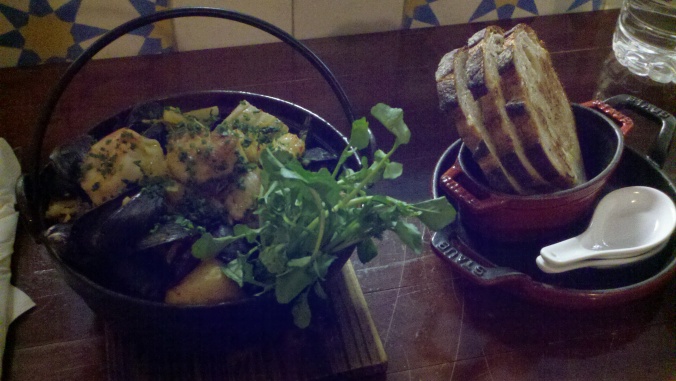 Kimchi Bouillabaisse… and bread for dipping

For dinner, my brother got the homemade pasta, and I got the Kimchi Bouillabaisse. Wow. I was greeted with a steaming pot of mussels, scallops, pollack, shrimp, tofu, rice gnocchi (my new favorite thing!), watercress and kimchi. By the end of my meal I could have still drank the broth with a straw – it was so good! The chef came out to ask us how our meal was and explain a little about the pickling and process for making the salad – you could tell he was really into his cooking and it was great to enjoy the fruits of his enthusiasm.

We took a few trains back to Manhattan and I spent the night at Columbia. Ahh, living the life of a college student – for just one night. 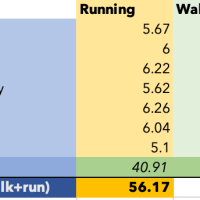