We had a GREAT weekend filled with good food and celebrations here in Cleveland. Why? My sister-in-law Mary got married!

Thursday night was the rehearsal dinner and it was right in her parents (B’s parents) backyard. We had a great backyard bbq and the weather was perfect! 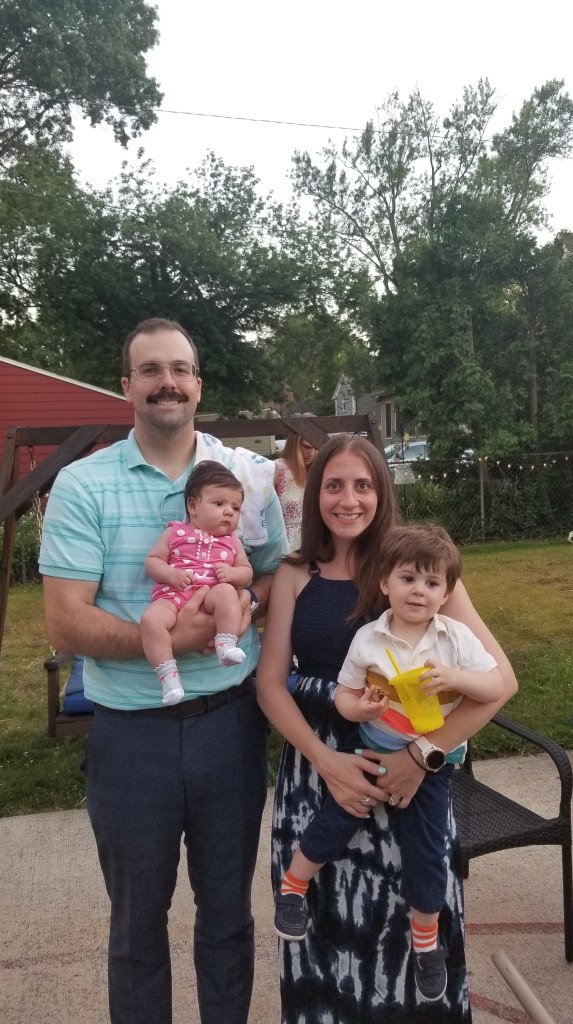 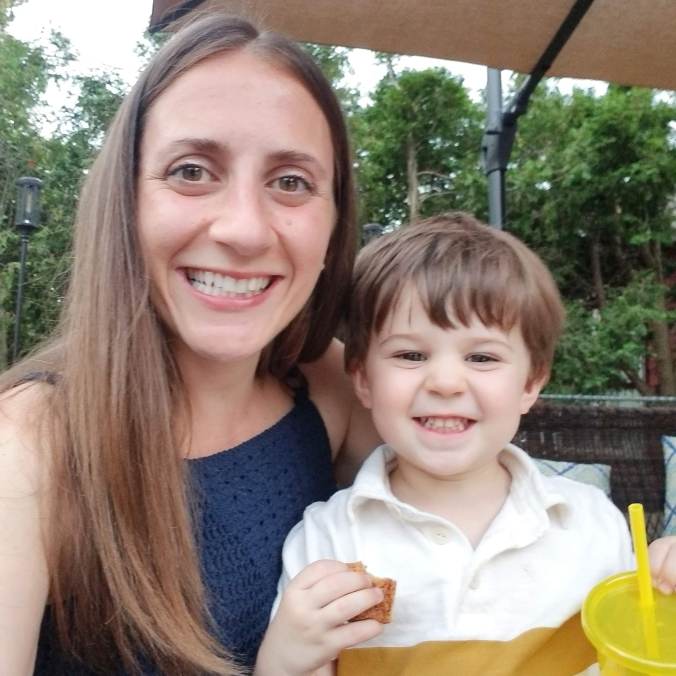 Some of the food – brisket, pasta, asparagus, salad and bread! 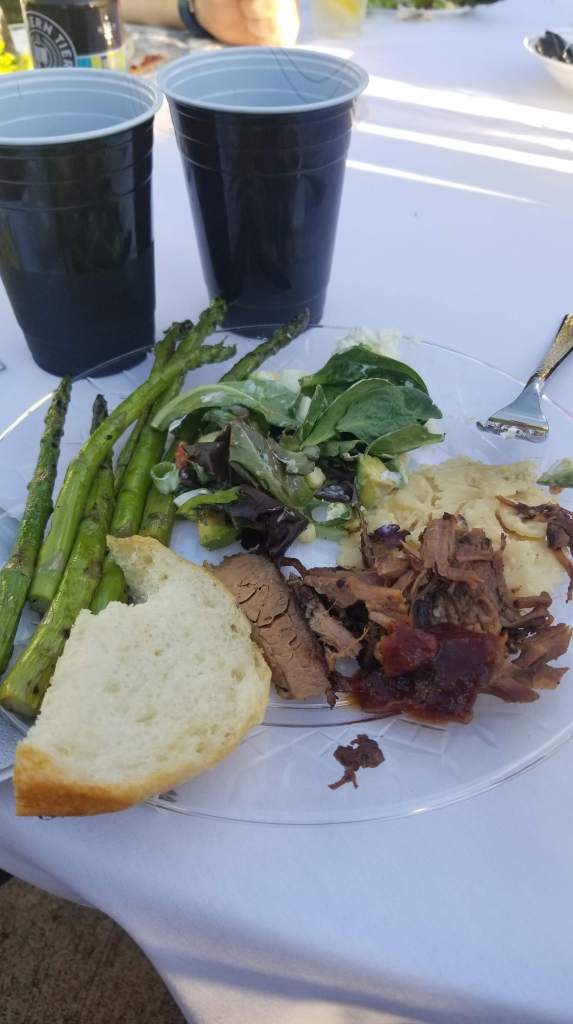 My parents also came into town to help watch the kids during the festivities. So, Friday morning my mom and started the day with mother-daughter pedicures. My feet needed it!

My parents helped watch the kids at the ceremony in the church. FW was pretty good but LM got fussy about halfway through. I was so glad they were there to help out and of course spend time with us!

After the church it was time for the party! The event took place at an old arcade downtown and it was a beautiful location. FW loved dancing and of course seeing the beautiful bride!

Me and my other sister-in-law hung out as well (we also shared an Uber home since our husbands – brothers of the bride – went to the after party).

B and I got to dance a little after my parents took the kids home. It was nice to have some kid-free time. 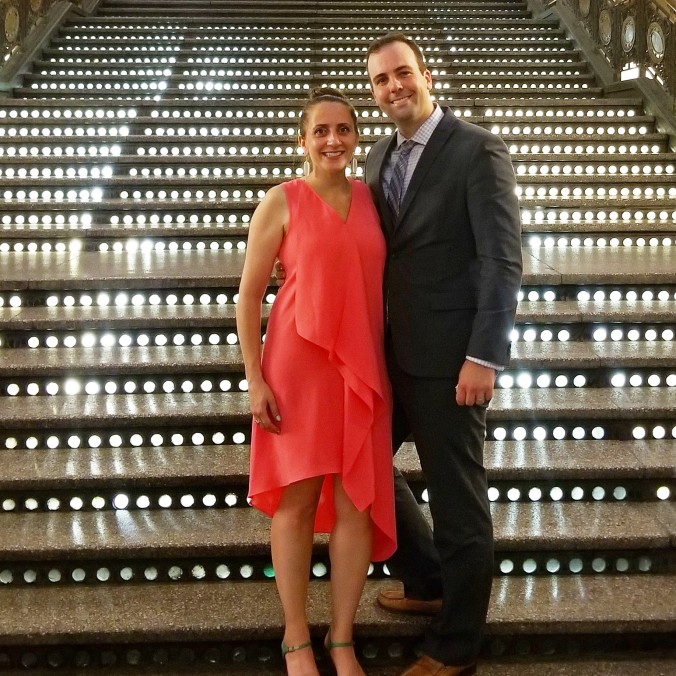 It was a late night, so Saturday was pretty slow. We all took naps (bonus points since both LM and FW napped at the same time that afternoon!) but then went out for a walk in the late afternoon. We stopped a playground for FW. 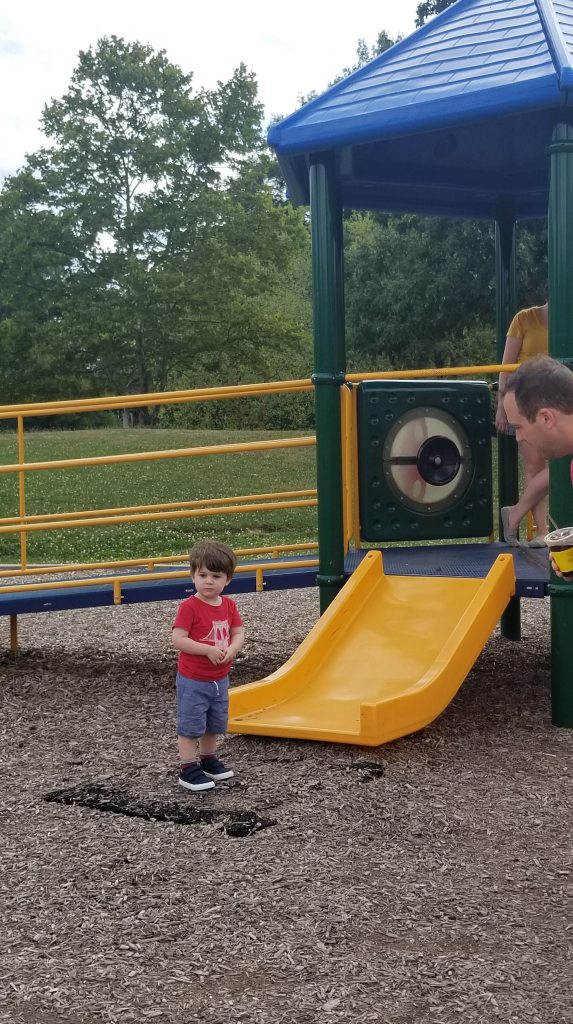 And then walked to get some pizza! Mushroom, pepperoni and roasted garlic, yum! 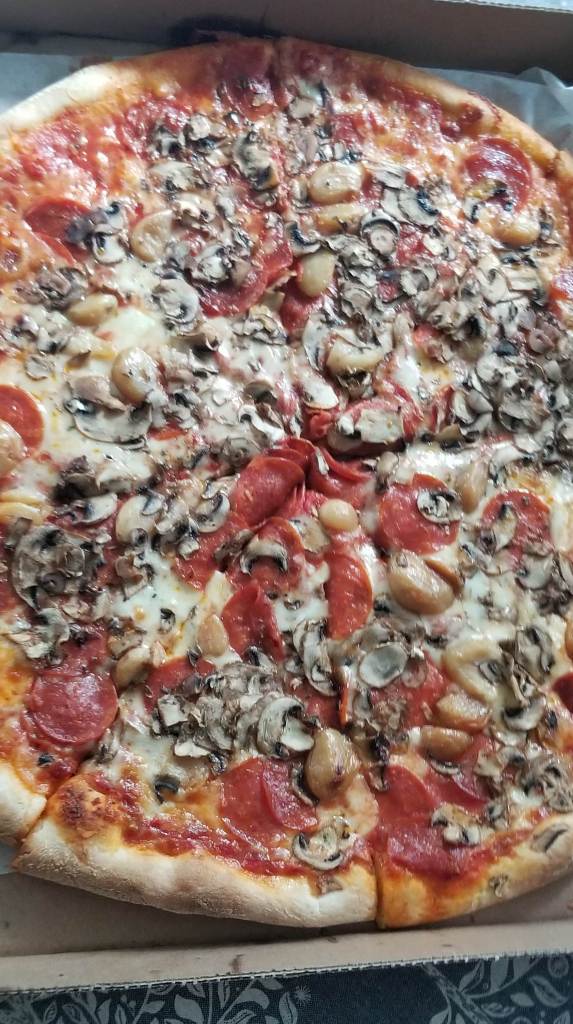 After FW was in bed, B and I watched I, Tonya. Have you seen it? I thought it was pretty good. I’m not super into figure skating and didn’t know much about the incident. I know it was a movie, but I still felt like I learned a lot.

Sunday morning, B made us all pancakes! Even a special blueberry bear for FW.

Then, the four of us went for a run outside. The weather was so much better – low 70s and not humid – and it made it much more bearable than last week’s hot and humid run. I pushed FW, while B pushed LM in the stroller.

Total, we got in about 3.7 miles – my longest(and fastest!) postpartum run to date!

Sunday afternoon was another lazy one – we all took naps again (!yay!) but played outside, went for a walk and played with my newest toy – a RHUMBA! I bought it for Prime Day and LOVE it so far. That about sums up our wedding weekend. Still one more to go (my cousin’s) this summer!