Another weekend has come and gone and I’m feeling so grateful. Grateful for a few days off to recharge, grateful for a healthy family (after a week with the stomach bug in our house) and grateful for a low-key weekend with nothing planned.

How did we end up with nothing planned? Well, we were originally going to be spending the weekend in Detroit to visit B’s brother and his fiance, but after the plague hit our house for the week, decided to take it easy. And we did!

We started off the weekend with some sushi. Seaweed salad, a roll and some of my favorite sashimi for me.

Saturday started off with a run! It was my first run outside in more than a week. Despite feeling out of shape, it was near perfect running weather and it felt so good to be outside. My Garmin was low battery, so I had to break up the run into 2 Strava workouts.

Saturday was Celia’s birthday party, which was also a costume party. FW put on his Winnie the Pooh outfit and had a blast – eating pizza and ice cream and decorating pumpkins. 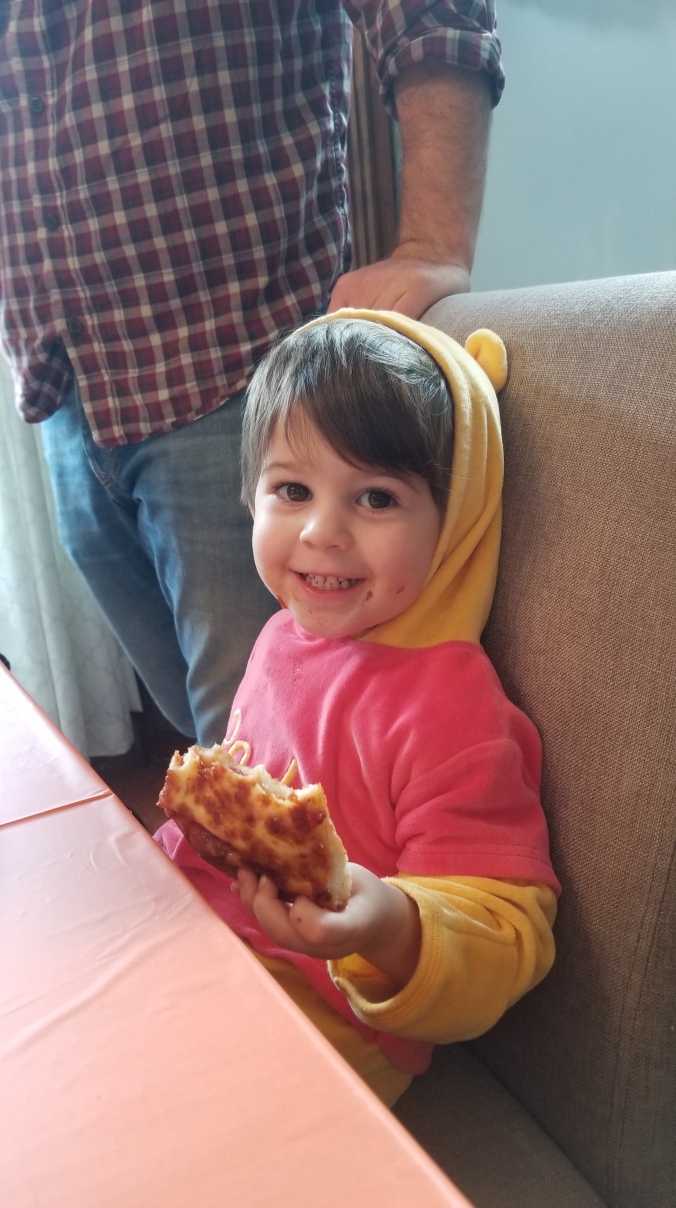 Saturday night, B and I put the kids to bed semi-early so that we could hang out and watch a movie. Have you seen Black Panther? I really enjoyed it. And my snack of choice – popcorn and candy corn!

Sunday was chilllllly, but we still managed to spend some time outdoors. We spent the afternoon watching FW’s cousin play soccer. 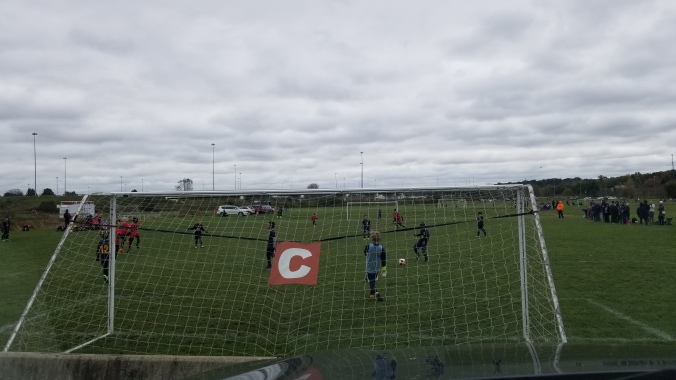 Then, we decided to stop by a nearby pumpkin patch. It was our first time there, and FW had a great time! We rode a hayride to get to the pumpkins, and then FW was able to run around and play with the toys on the farm. 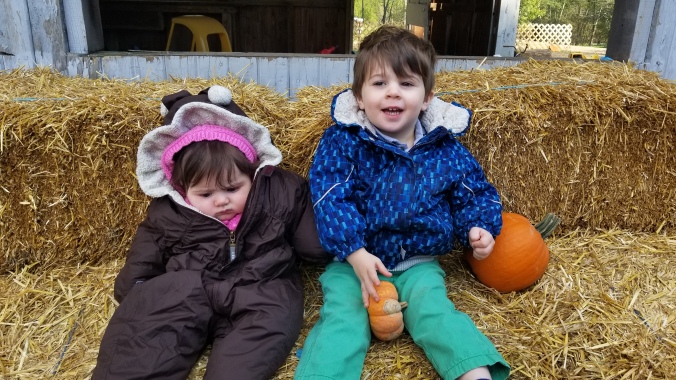 It was a fun way to end the weekend! I love pumpkins, and I think FW enjoyed picking some out for him and LM.