For those of you following along, B and I are officially suburbanites. We traded in our downtown apartment for a house in the ‘burbs a month or so ago, and while we still have much to do to get it ready (including some more painting and 2 bathrooms to finish), it’s coming along.

I’m not going to lie – I miss our easy downtown apartment living. Being able to walk to the grocery store (and well, everywhere, including work) was amazing, and having 2 full working bathrooms were something I took advantage of. That being said, life in the ‘burbs isn’t that bad, especially when you have some fun AND relaxing weekends like the one we just had.

Friday night we had a parent meeting at daycare, so we didn’t get home until after 7. BUT, I was able to go running around the local lakes earlier in the day, which led to this beautiful view.

For dinner, we had Indian takeout, which was delicious.

AND this delicious ice cream. 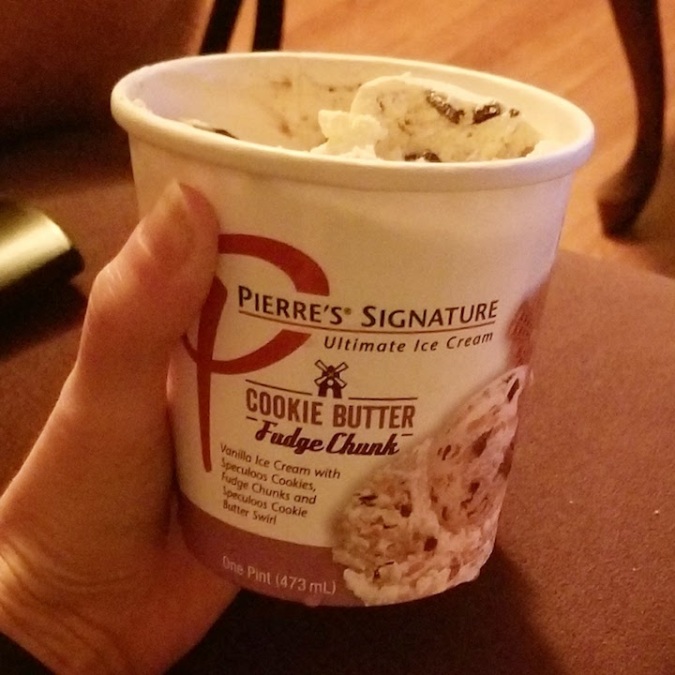 Saturday morning started with a run with my sister-in-law Mary. We ran to our niece’s cross country meet and got to watch her run. I unfortunately took a fall during the run and bloodied up my knees … but my niece ran her 1.5 mi pretty well in the hot weather!

Saturday afternoon we hung out for a bit with our friends Joey and Lulu and cleaned up / worked on the house for a little. Which of course included some snoozing.

For dinner, we had plans to invite friends Sarah and Bobby over for homemade pizza that B made. After pizza, we put FW to bed, and enjoyed hanging out on the front porch drinking beers. Having a porch and being able to sit outside is definitely a perk of our new house. 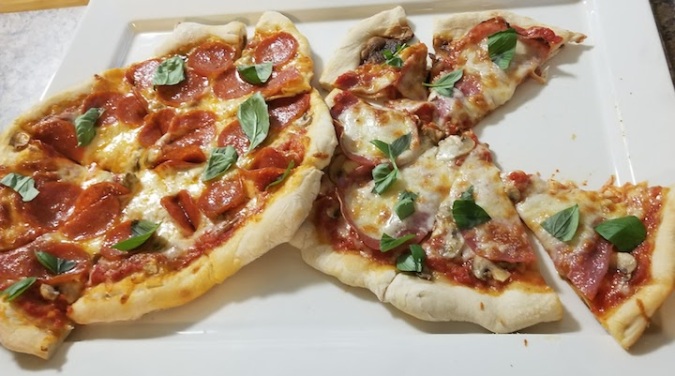 Sunday morning started with a walk to a local bakery for breakfast. It was another hot morning, but felt good to be outside and walking! I decided to take the day off of running since I hadn’t taken a day off in more than a week. 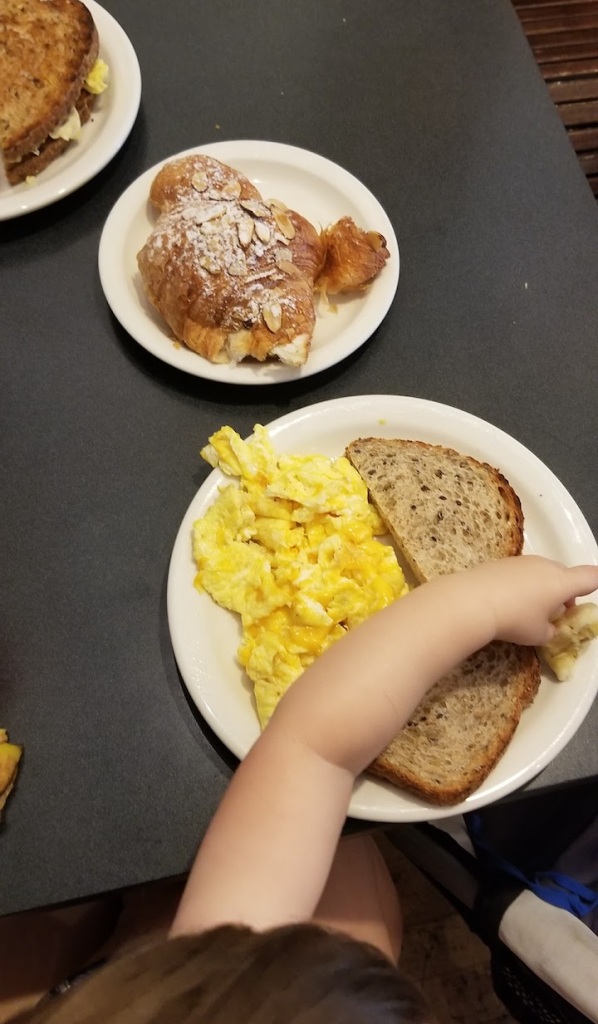 After our walk, we had lunch plans with Dave and Anson who wanted to see the new house. They brought us Aladdin’s, some of my favorite Lebanese food! Then, their daughter, Celia, and FW played for a bit. 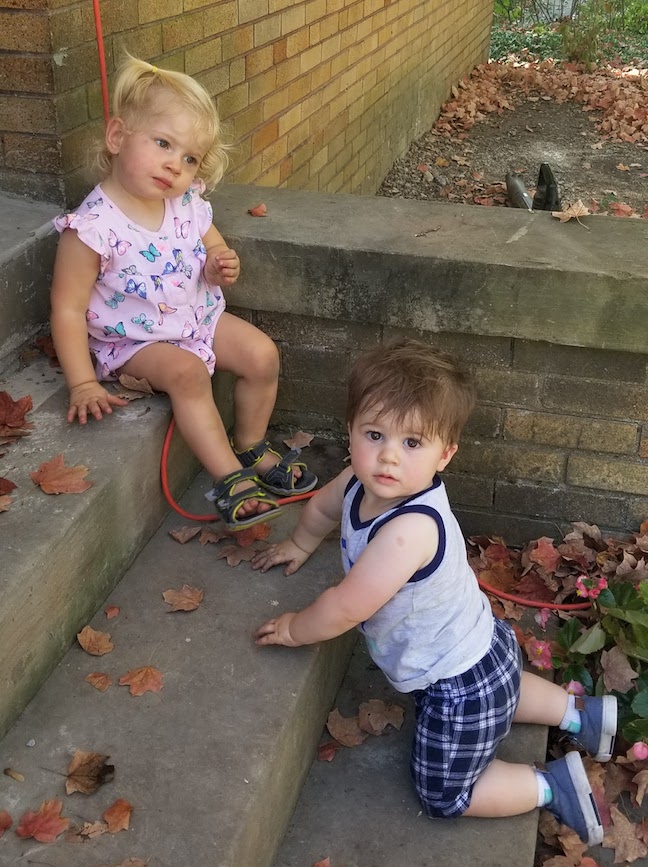 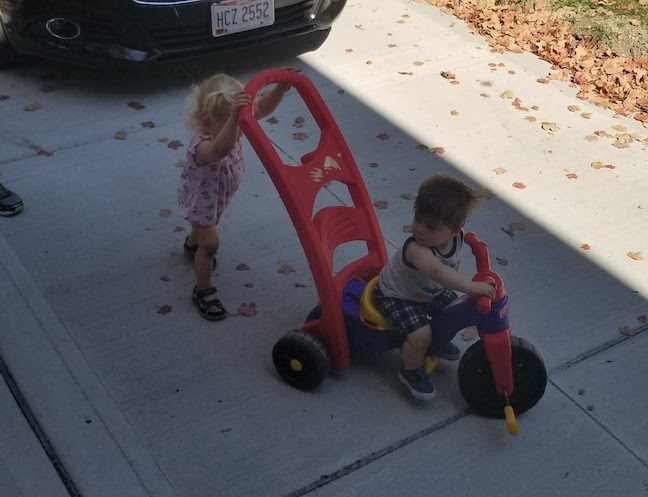 That night, we had plans with B’s family to celebrate some birthdays. Not only had B had a birthday since we last got together, but out of all the people who were at dinner, 6 people had had birthdays since August! 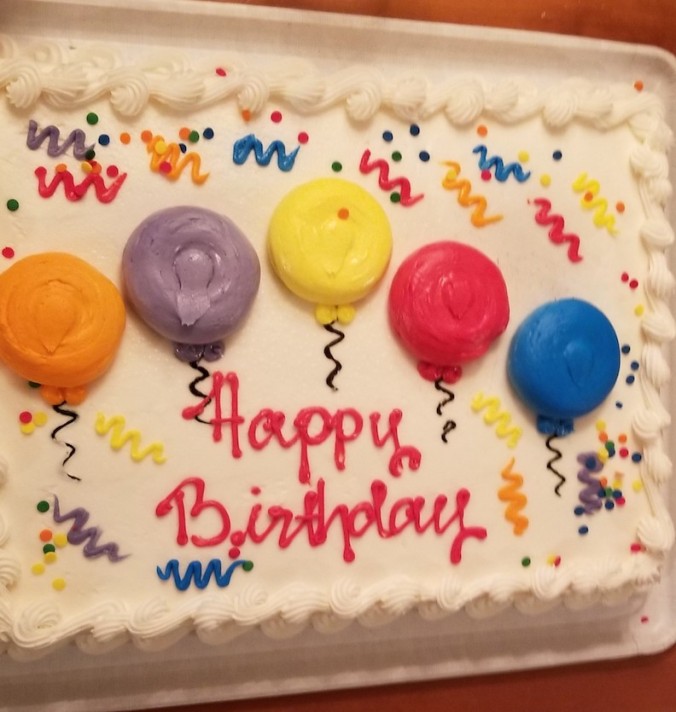 And that was it for our weekend.

4 thoughts on “Weekends in the Burbs” 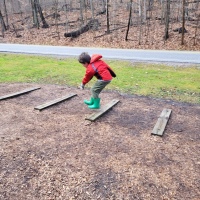