Guess what – it’s MY week! This week, I am the Ambassador of the Week for the Rite Aid Cleveland Marathon. Woop woop!

AND that means I’m hosting a race giveaway! I get to give away FREE entry into any of the race distances the Rite Aid Cleveland Marathon is offering during race weekend.

How to enter: Simply leave a comment below telling me what distance you would choose to run AND one fun fact about you. Want an extra entry? Follow me and the Cleveland Marathon on Instagram (@koskim and @clevemarathon) and/or Twitter (@koskim and @clevemarathon) and leave another comment saying you’ve done so! The giveaway runs through 12 p.m. ET, Friday, April 1 (no, not an April Fools trick!) and will be notified via email.

In the meantime … for those of you finding me for the first time, here’s a TINY bit about me: 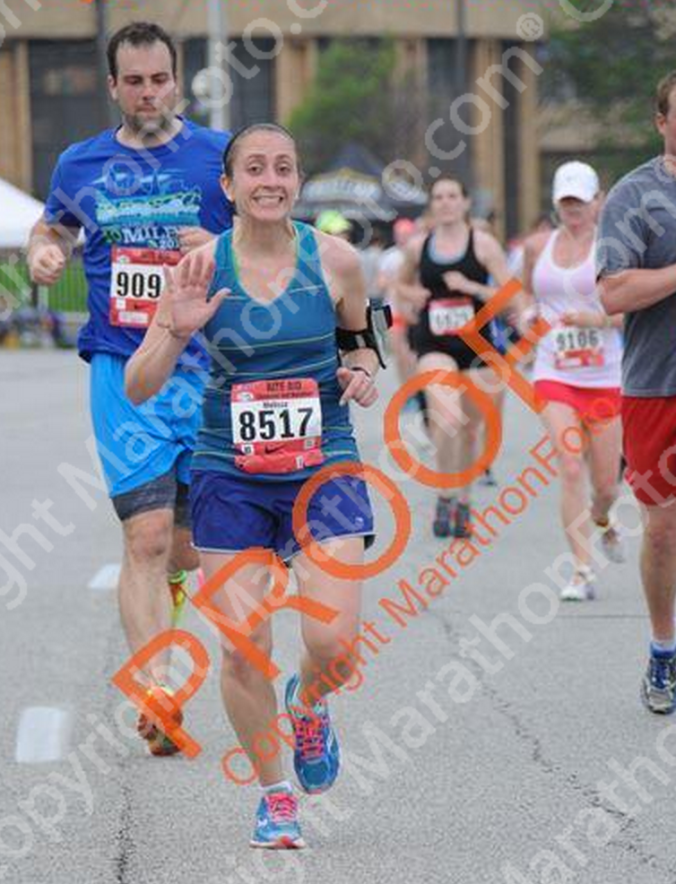 my awkward race photo from the Cleveland half last year

Yup – there’s a baby in that belly (who is getting used to these runs!)

Sunday: 4.26 miles
I probably could/should’ve gone outside, but I wasn’t in the mood for another cold run after Saturday. So I opted for a run/walk on the treadmill while watching Bosch on my phone.

Monday: 0 miles!
Had to be at the dr office early so I decided to take the day off. I still managed to get my goal steps in, though- 12,000 is no easy feat when you aren’t working out!

Tuesday: 7 miles! Indoor walk and run.
Longest walk/run of the late! I probably got in about 5.5 or so running with a cool down and some walking along the way. I never used to count walking in my mileage but now when it’s part of my workout, I do!

Thursday: 5.1 m run/walk. Emphasis on the walk.
Legs still feeling a little heavy, so I opted to run/walk indoors. Planned on using the elliptical again, but the machines were in use when I wanted to go on and when they opened up again, I decided to just stay with the walk and run.

Friday: 0 miles running
Took it easy on the legs this morning and did the elliptical for 45 min and walked for 30. Didn’t want to quite take the day off but wanted to give the legs a little rest.

Saturday: 3.26 miles running OUTSIDE
I didn’t REALLY want to get outside, as it was 30 degrees and breezy, but I wanted to get in a few more miles to make sure I hit 20 for the week. I’m glad I did – I didn’t feel GREAT the whole time, but I averaged 9:26 min/mile for the run with the last mile being the fastest (maybe because the great feeling of having to pee went away around mile 2.25 … or maybe because I knew I was almost done).

No questions for you this week – just don’t forget to enter the giveaway!