Happy Wednesday! We’ve made it halfway through the week, and this Wednesday is especially special because tonight B and I are going out to celebrate his birthday. His big day was yesterday (and of course we celebrated with a great dinner from Mod Meals and a cake I made), but tonight we’re having Aunt Mary babysit so that we can get dinner out, just the two of us. Our second date night since FW was born!

It’s also What I Ate Wednesday! This day’s eats aren’t the healthiest – but that’s what WIAW is about, sharing our eats, for what they are.

Breakfast was pretty good – I’m on an overnight oats kick again, mainly because I don’t have granola anymore, am trying to not eat a gallon of yogurt a day (I think FW doesn’t like that, so I’ll keep my dairy to ice cream) and they’re easy to eat with a baby around. This time I had some cinnamon and almond and peanut butter in my mixture of oats, chia seeds, honey and almond milk.

Midmorning, FW and I went to two farmers markets that are walkable from our apartment. We may have gotten a little overexcited and purchased a little too many peaches, nectarines, veggies and local bread.

So  naturally, I snacked on a peach (it was SOOO GOOD) and nectarine that morning.

I also made some buckeyes that morning for a surprise for B’s birthday. So naturally I had one or two of those.

For lunch, I had leftover grilled chicken (my parents had sent me home from NY with leftovers, yay!), half a baked sweet potato, sliced local tomato (SO much better than non-in-season tomato) and spinach. 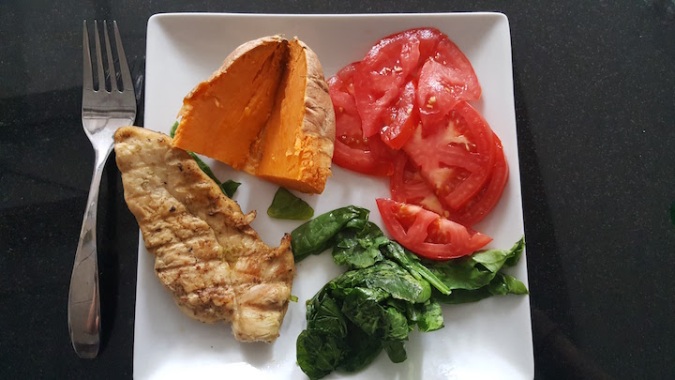 For dessert, I had a few spoonfuls of this deliciousness.

AND of course, I had to try a slice of that cinnamon bread I had bought at the market. So good!

B and I had dentist appointments that evening and after the dentist opted to stop by the local Dairy King for a quick treat to beat the heat. I had vanilla soft serve dipped in butterscotch. It was so good – but I was stuffed and not hungry for dinner after our 6 pm ice cream treat!

So those were some of my eats from last week’s dentist appointment day to share for What I Ate Wednesday.

2 thoughts on “Ice Cream for Dinner after the Dentist” 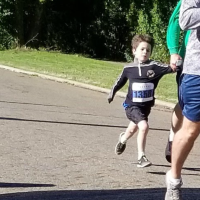