Wow, what a year. 2016 has come and gone and probably been one of the most eventful years that I can remember – and not for running reasons. The Cavs won the playoffs and we had an amazing parade in Cleveland to celebrate. The Indians were in the World Series and I attended the last game! Oh yeah – and FW came into our lives and made it all that much greater.

Don’t worry, this isn’t going to be a sappy post about being a mom – it’s about running instead. 2016 was a pretty good year running wise. I did take it much easier this year than in the past – I didn’t even break 1,000 miles (for reference, in 2013 I had more than 1,500!) BUT it’s not like I didn’t have reason. I learned that running while pregnant is HARD. Oh, and I had to take several weeks off after giving birth and I’m just now getting back into the swing of things (meaning I’m back at 25ish miles a week since I’m not training for anything). Oh, and running on little sleep with a baby that wakes up a few times a night still is also HARD. BUT, that being said, I still ended the year with about 875 miles.  Here are some highlights from the year:

Returning as a Cleveland Marathon Ambassador.  Once again, I was an ambassador for the 2016 Rite Aid Cleveland Marathon. This was my first year not running the half since I did the race, but seeing as I was going to be just about 9 months pregnant during the race, I decided to do the 5k/10k challenge series. In all honesty, when I made the decision in January/February to not run the half, I wasn’t so sure about my decision. I thought for sure I’d be able to keep up with training and run – slowly – a half marathon without a problem. BUT I am SO glad that I ended up doing the 5k/10k instead. As I soon learned, running was a lot harder during pregnancy and after doing a 5k my body was as sore as if I’d done a 10 miler.

Here’s a recap of my experience during the races – I finished the 5k just under 10 minutes/mile and ran the whole 10k. It was slow – yes – but I was so glad I did it! And I got to share my experience with my other amazing ambassadors. 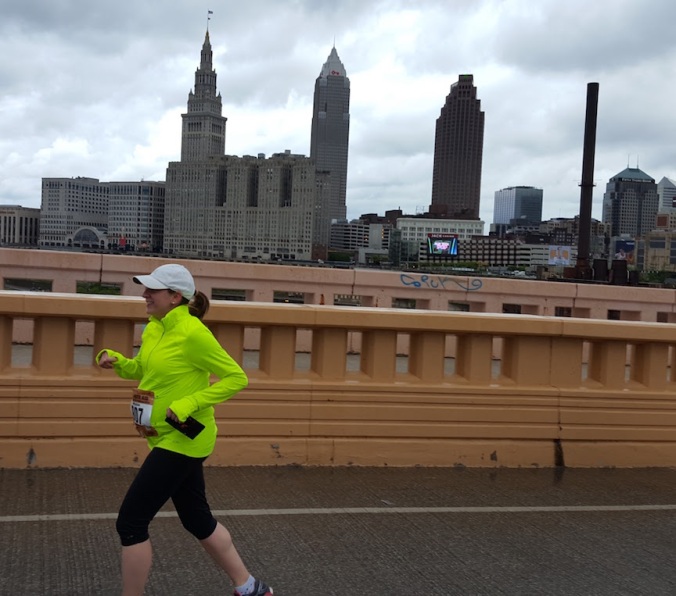 I did a 5k race at 39 weeks pregnant. This was unplanned – I was sure the Rite Aid Marathon races would be my last before FW, but at the last minute B and I decided to do the 5k that was part of the Transplant Games. It ended up being hot and humid, but B ran (well he practically was walking because I was so slow 🙂 ) next to me and brought water for me. 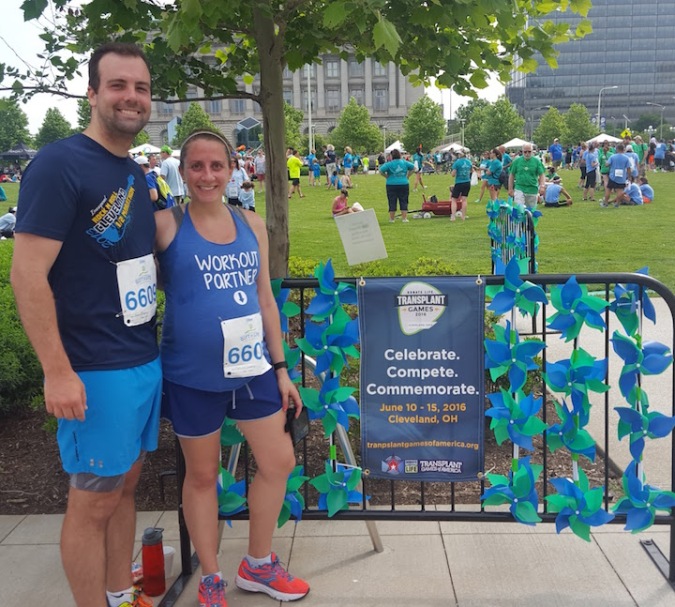 I ran throughout the pregnancy – including the day before FW was born! I ran on and off throughout the pregnancy, including 1 mile the day before FW was born. I slowed down a lot after about 8 months – my last 5+ miler was at 8 months pregnant – but I kept moving and walking and hobbling through runs as much as I could. Even on the days I couldn’t run, I would take long walks with B before work. I’m convinced that this helped me have a pretty incredible labor.

I’ve been able to return running – and run with FW! I was lucky enough to heal pretty fast and started running again at around 4 weeks postpartum. We have a running stroller that we were using about once a week when it was nice out, but since it turned cold/icy/snowy (yay for Cleveland winters!), I’ve been sticking to running on the treadmill while FW sleeps in the mornings. And, I completed my first official race – a 5 miler Turkey Trot – and even though it was by no means a PR, I still ran faster than I had run the race a few years ago! I can’t wait to try using the stroller again in the spring and even run in a race with it! 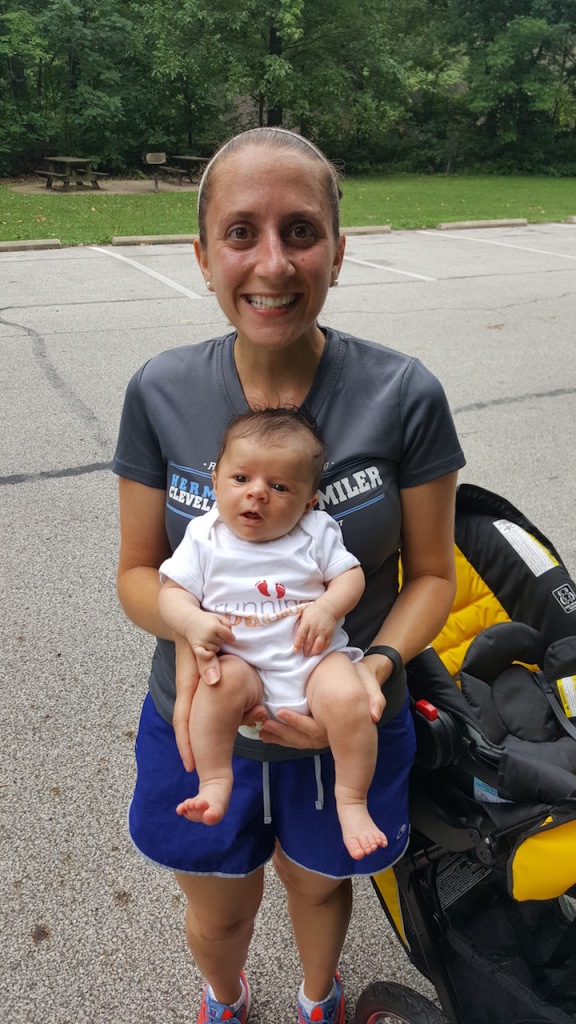 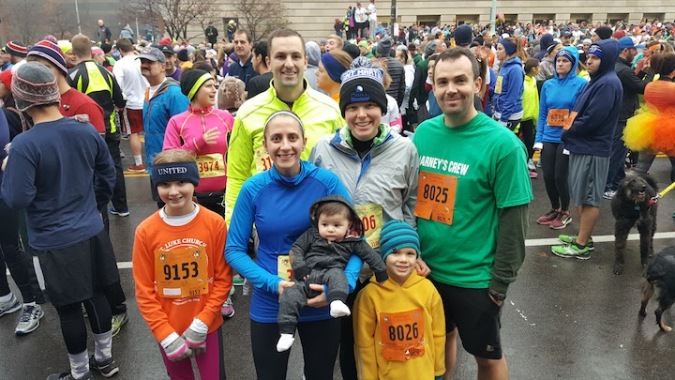 I ended the year INJURY FREE. This is always something to celebrate. Yes, my heel bothers me if I don’t massage it with a golf ball nearly every day, but no stress fractures or major pain or other issues to deal with. I will be thankful each and every year that this is the case.

To read more about my running this year, check out ALL my running-related posts. 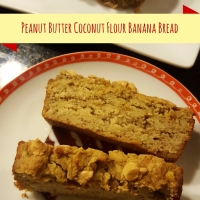