Our first week and weekend of social distancing is done! I don’t know how many of these we’ll have, but I’d say it was pretty successful. Thankfully we had some nice weather (well, it was cold but at least it was clear) that let us get outside and we are all still healthy, so there’s not much to complain about.

Some outdoor play. One day was warm and a little wet, so FW and LM went “fishing” outside. And of course there was plenty of puddle splashing!

There were of course some chores. Some cleaning and laundry, which we seem to do now more than ever before. 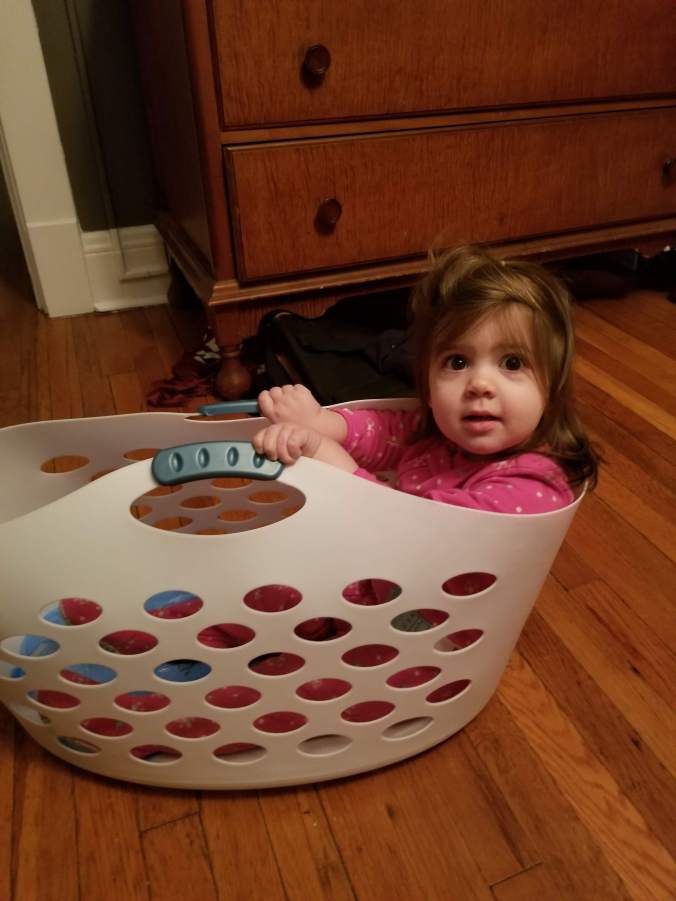 I also had a virtual happy hour with some coworkers. Even though it had only been a week, it was so great to see everyone!

I also got in a 6 mile run on Sunday! Don’t worry, I made sure to run where there weren’t many people and ran several feet away when I saw anyone coming. 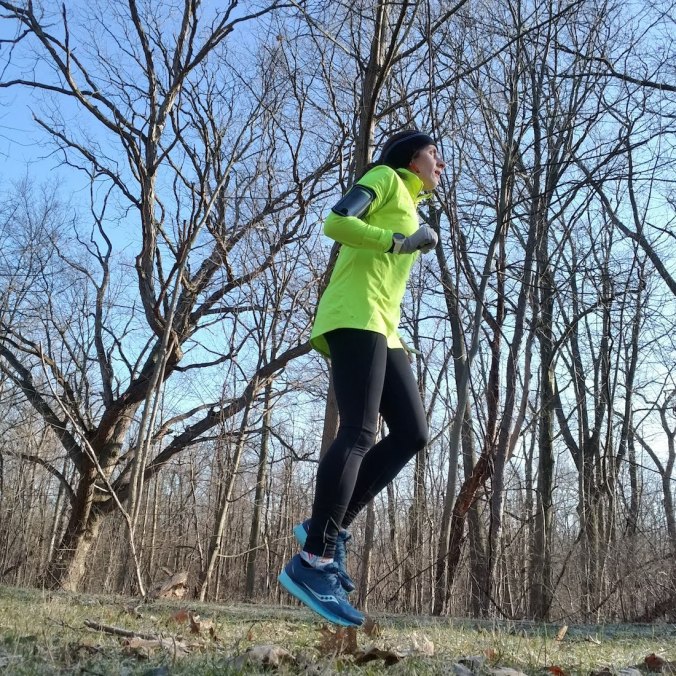 We made pizza! LM and FW were big helps. 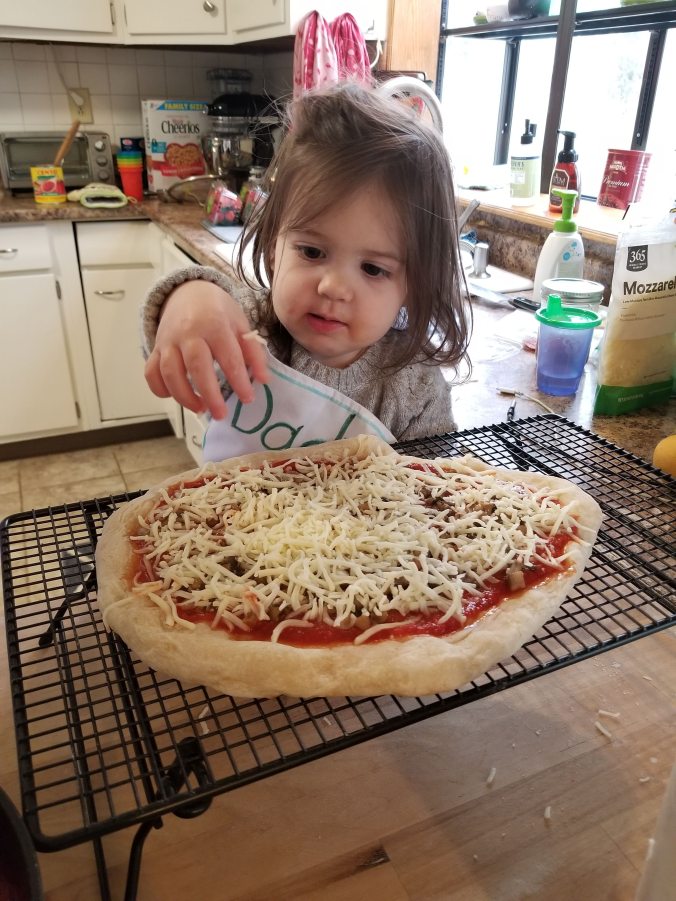 I braved the store to get groceries over the weekend. But I couldn’t find any Zevia for B 😦 They were wiped out! 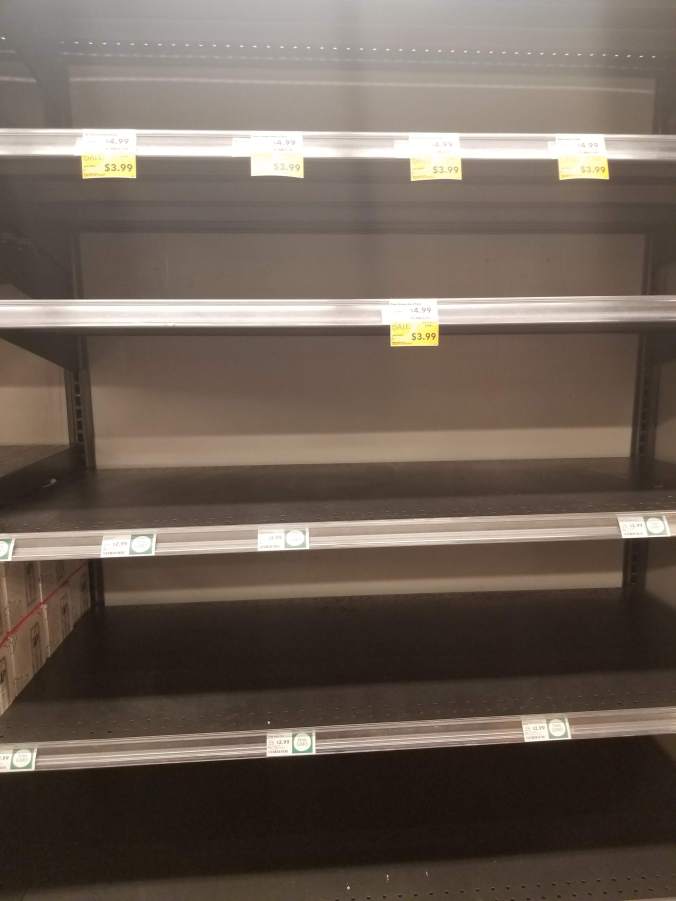 I FOUND TP AT TARGET! I was so excited — B’s parents were low and I was happy to make a TP drop off. And because I was at Target, of course I picked up a few other things.

We went for some walks. FW enjoyed holding LM’s hand for part of the way when she was in the stroller.

And last, but not least — Sunday dinner! We enjoyed a Hangout with B’s family.