The following may be TMI  for the average reader who comes here to hear about my race training and workouts. It is a post about our newest arrival – GM! Before having kids, the thought of reading a birth story was strange to me. I didn’t understand why people shared them and what the point of documenting them was. But I’m so glad I captured LM’s (here), and I’m happy to share GM’s too. So, if you aren’t interested, please feel free to stop reading now 🙂 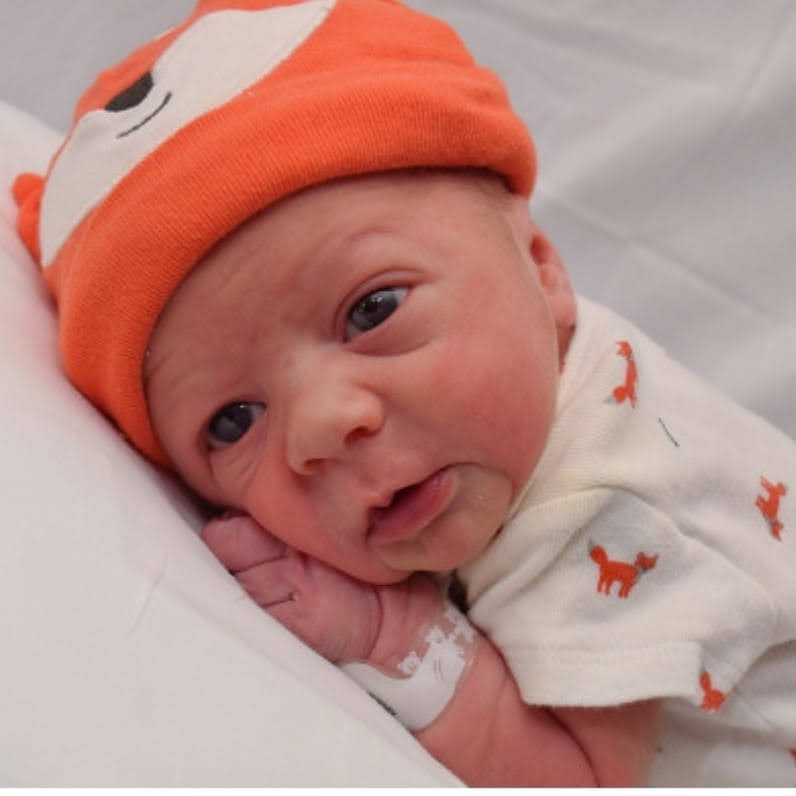 I’ll start by sharing two things – one, we did not know if we were having a boy or a girl, but when people asked me, I always told them I felt like I was having a boy. I didn’t really feel one way or another with FW or LM, but with this baby, I don’t know why, I just felt like it was a boy. And second, our due date was July 24. There were several times during the pregnancy that people (including a few doctors) told me that as the third baby, this one would be the biggest, and would likely come early. This made me nervous, especially since LM came so fast (she was almost born in the car!), but I did tell B that I assumed that I would make it to my 39 week appointment and the baby would come a day or two later.

Well, I was right about almost both of those things! He came the DAY OF my 39 week appointment and was a boy!

Speaking of my 39-week appointment, that’s where it all started. My parents were in town staying with us, and had gotten into town Sunday night (the 18th). I was so nervous that this baby would be another precipitous labor and we wouldn’t have time to get someone to the house to watch the kids, so they graciously offered to come up a few days before the due date and stay until the baby arrived.

On Wednesday night, B was out golfing and while my parents were here, I was having some semi-stronger contractions. Then, Thursday was my dr appointment. My doctor’s office is about 25-30 minutes away from my house, and I typically attend the appointments by myself. But, since my parents were here, B suggested that he drive with me to my appointment and my parents stay with the kids. There was a lumber shop near my doctor that he wanted to check out while I was being seen, so he dropped me off at the appointment and then I had a normal 39-week visit. At the end of each of my visits, I had been given the option to have additional testing done since I’m Advanced Maternal Age (what used to be called Geriatric Pregnancy — aka I was 35 when I got pregnant). They basically hook you up to a few monitors to listen to the baby’s heartrate and check for contractions and movement. My doctor told me that they weren’t mandatory, especially since I’m healthy, but I opted in.

The visit seemed normal. I did some work on my laptop while being tested and felt some contractions and movement, so I assumed I’d be sent on my way at the end of the test. Instead, when the doctor came in, she told me that the baby “seemed stressed.” This meant that every time I had a contraction, the baby’s heartrate went down. It did go back up after the contraction, but was still something she was concerned about. She told me that I had a choice — I could go to triage at the hospital for more monitoring/testing, at which point they may send me home for a day or so before more testing, or be induced. I was shocked. I was planning on going home, seeing my family, and going into labor “naturally” at home in the next day or so. I asked her what she would do if she were in my place, and she said she’d opt to be induced because 1) I was already full-term and only 3 days from my due date 2) even if things were normal at triage, the baby could be stressed later that night as I continued to have contractions and I wouldn’t know and 3) she also assumed I’d go into labor in 24-48 hours “naturally” and if I was ready, I would already be at the hospital. And, she assured me that the attending doctor was one she loved and knew I would too.

I opted to be induced and she told me to get some food to eat, and be at the hospital within the hour. I called my mom, crying, since I hadn’t gotten to say goodbye to the kids – I had thought this was a simple quick dr appointment! And when B came to pick me up, I was still crying, but he calmed me down. I was so lucky he was there, he reminded me (and not 30 min away at home!), we had our hospital bags already in the car we were in (minus a few last minute things that weren’t really necessary) AND there would be no mad dash to the hospital now in the middle of the night (B was the most relieved about this I think). So we grabbed a bagel, and checked ourselves into the hospital.

I was not happy about being induced. My idea of an induction was getting medicine to have a baby before your body was ready, and then being in labor for 2 days. Plus, I had heard horrible things about the Foley bulb, which is often used in induction, and after having such a quick/easy and natural/no pain med labor with LM, I was ready for the same thing.

When I arrived at the hospital and the doctor saw me, he told me we had a few options, and they’d likely start with cytotec and the Foley bulb, followed by pitocin to move things along. They were monitoring me and the baby and continued to see some indication that the baby was not liking the contractions, so they wanted to move things along as well as they could.  At around 4 p.m., they started the process. I was eager to hear what they had decided and the nurse told me that they were opting just for pitocin – yay! I was happy to avoid the bulb. Now, to keep our fingers crossed that things would along and move along as well.

At 6 p.m., they decided they break my water, and that’s when things started to really progress. I felt the contractions come along stronger, and this time I started to feel nauseated. I hadn’t been planning on getting an epidural because when I had one with FW, it didn’t work and they had to administer it twice! But the nausea was intense, so I told them I wanted to try and couldn’t bear to think of getting sick with every contraction.

Well, it didn’t work. While my right side was partially numb, I could feel everything on my left side and even move it 100%! They couldnt believe it, but when the nurse called anesthesiology to have them correct it, she was told that they were all tied up with an emergency C-section, breach baby and another emergency. The nausea had somehow subsided, so I didn’t mind.

At around 9 p.m., the anesthesiologist came back and I opted to have them not re-administer the epidural. My body was shaking on and off uncontrollably, and I knew I couldn’t sit still for another epidural and didn’t want to go through the process again, knowing it may not work.

At around 9:30 p.m., I told B that the pain reminded me of when we were driving to the hospital with LM, which meant that I thought labor was getting close. At 10 p.m., I told the nurse and she asked if I wanted to do any practice pushes. I did – I didn’t remember how to push, so I was eager to try and as soon as I did, I knew by the nurse’s face that we were close. She made a few calls and came back to tell us that there was good news and bad news. The bad news — due to the aforementioned more priority birth emergencies, most of the doctors and nurses were all tied up. The good news — we’d get the attending (remember my doctor had great things to say about the attending?!) since all the residents were busy! 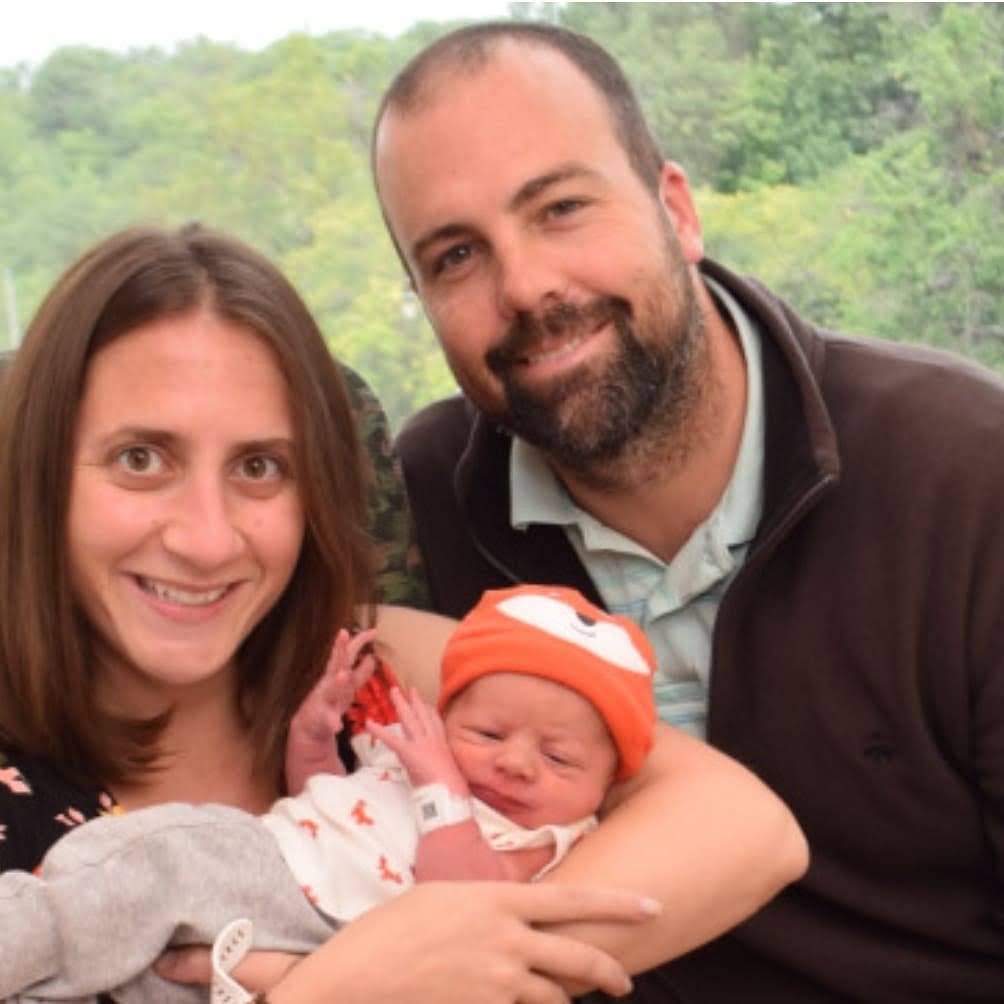 For the most part, we are doing well and adjusting as a family of five (!).

We are mostly healthy, but GM has a minor birth defect that can impact his breathing, called laryngomalacia. As long as he continues to be able to eat and gain weight (it can cause GERD and spitting up), and he stays healthy (his breathing can be impacted by a virus or something similar), he should grow out of it by the time he is two.

4 thoughts on “Introducing GM (and his birth story)” 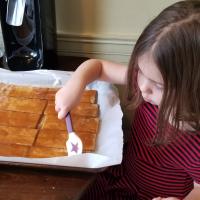 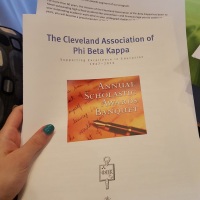