Whew. Having a sick toddler is tough. I’ll start out this post by saying that. Because that is how my weekend started out: nonstop snuggles with FW and caring for him, since he had a fever that started Thursday morning and didn’t magically go away after Motrin, as we hoped (got the call from daycare Thursday afternoon to pick him up).

So, my Friday mostly looked like this. After a short run in the morning, we were mostly sitting on the couch. Except he was mostly on my lap or in my arms. B was traveling for work and I had sick toddler duty.

We spent the day coloring and watching movies, something we don’t typically let FW do. It was in the 50s, but even when I took FW outside, he just wanted to be held.

B got home late and thankfully brought us Indian food for dinner! With FW in bed, it was eaten on my lap while we watched some Glow on Netflix.

Saturday morning, we took FW to the doctor. He of course seemed to be feeling better there and afterwards, so we decided to go out for breakfast! We went to Jack’s and I had some great challah French toast. 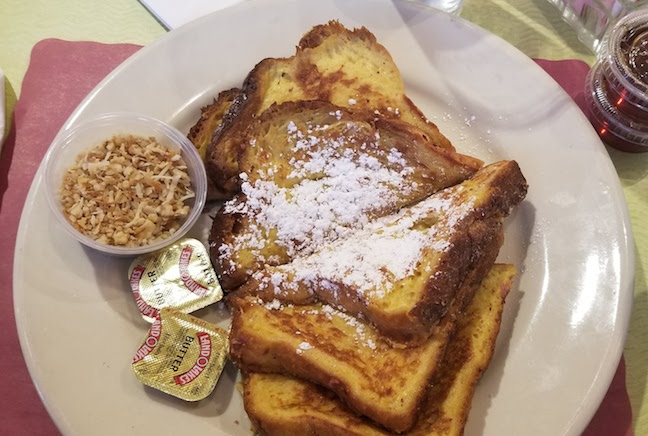 We also decided to go for a super short walk. It was near 50 degrees and it was nice to get outside and run around for a little bit.

That afternoon included a long nap from FW, along with some cleaning. He was sorta helping …

For dinner, we took B’s grandmother out! We went to a place they used to go when they were kids, which had some good bar food. FW even ate some of his grilled cheese – well, he ate the cheese off the bread …

After dinner we decided to stop for a quick detour a the Container Store. We hadn’t been before and it was a new place for Francis to run around at. They have a wall that is just garbage cans!

The Container Store just happens to be right next door to a local ice cream shop, so of course we had to make a quick stop. I had the caramel fudge brownie and hazelnut – both flavors were great!

Sunday included some running, napping, grocery shopping and enjoying a little time outside.

B, FW and I all went for a run together! B pushed FW in the stroller and we discovered a new path near our house to run along.

I had to stop and get a pic of the frozen lake, above, with the blue sky. A picture-perfect day for sure! 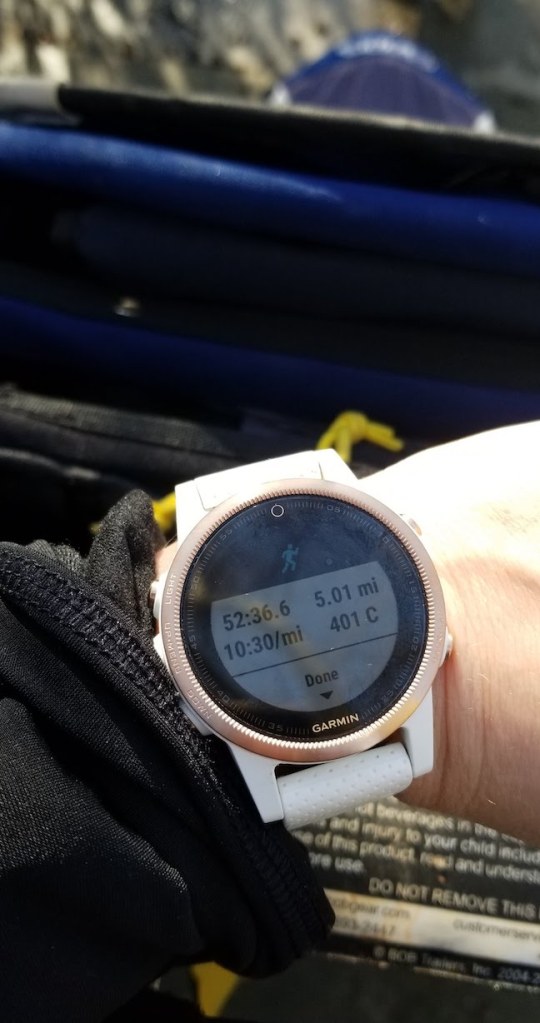 We finished 5 miles, which is the longest run I’ve done this year! It was 40 degrees, so FW may have been a little over bundled up 🙂 But he’s finally feeling better, thank goodness. Fingers crossed that he stays healthy for the rest of cold and flu season.

We finished the day with dinner with B’s family per our usual Sunday tradition. It’s always nice spending the evening with a home cooked meal among family and FW always enjoys seeing his cousins!