We had a busy but fun weekend in town. I’m not ready for it to be MONDAY, but I’m glad it’s a short week!

Our weekend included some early Thanksgiving celebrations, a friend in town, a girls’ night, a toddler birthday party and of course some running. Here’s how it panned out.

Friday included a Thanksgiving lunch at FW and LM’s school. All the parents were invited to have a feast with the kids. It’s a great tradition and one that I am so glad I can attend. 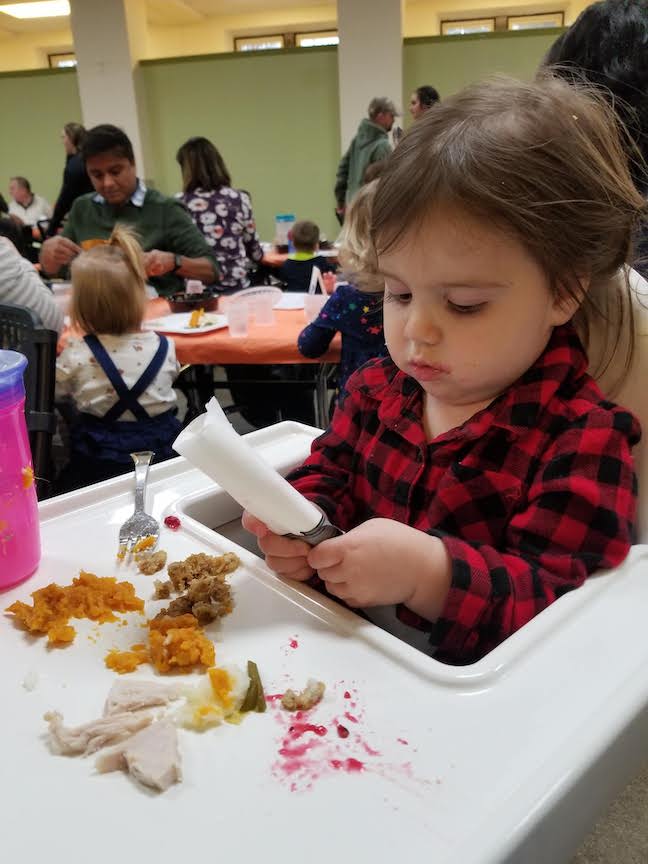 Friday afternoon, FW and I had some mommy/kid time and chose to spend it at the local library. We read book and did lots of playing with their great toy selection.

Then at night, my friend Cuoghi came into town. She was visiting for the weekend from Chicago, and we stayed up late (for me) just catching up.

Saturday was a FULL day. It started off with some playtime, followed by brunch at Luna with Cuoghi and the entire family. 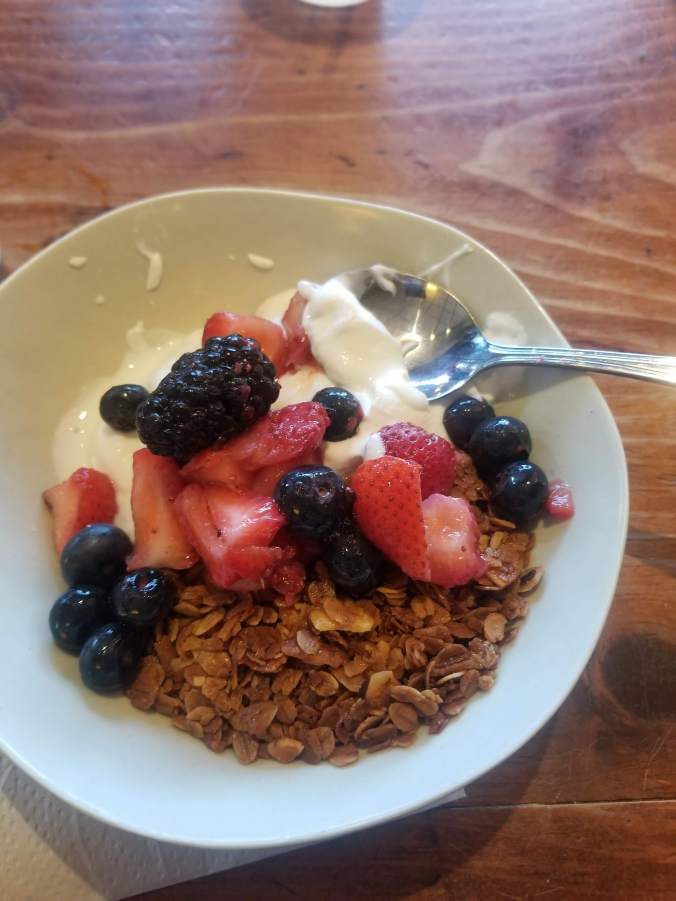 After brunch, it was time for a birthday party for one of FW’s classmates. The celebration was at a giant indoor playground-type area and FW had a great time running around with his friends.

After the party, we got home and it was time for the BC / Notre Dame game. B had invited some family over to watch the game outside near our fire pit. B also made some wings on the grill. 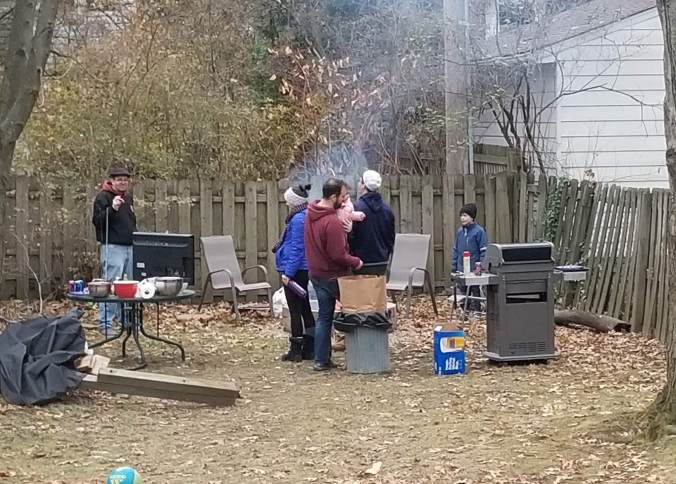 And then, it was time for me to go out. I had plans to meet up with Cuoghi again and some of our friends for dinner. We all shared some small plates and desserts. It was great to talk and catch up with everyone. 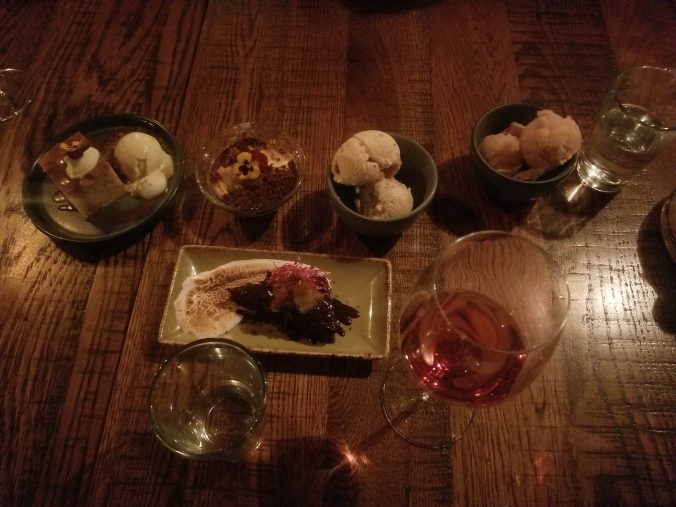 Sunday, after Cuoghi left, we decided to go for another family run. This time, LM and FW both slept in their strollers and we were able to get in a little more than 4 miles. 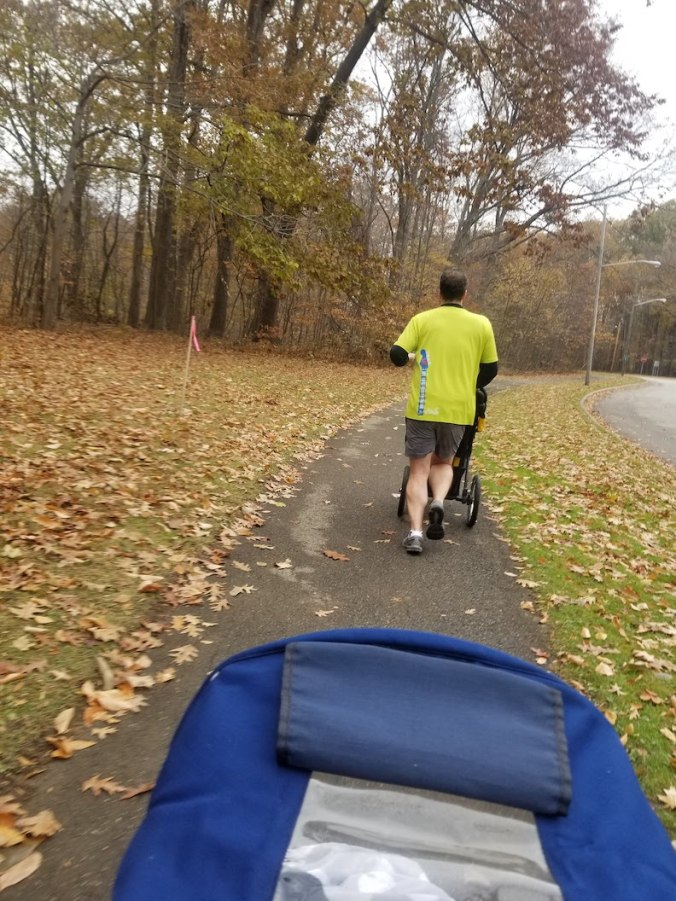 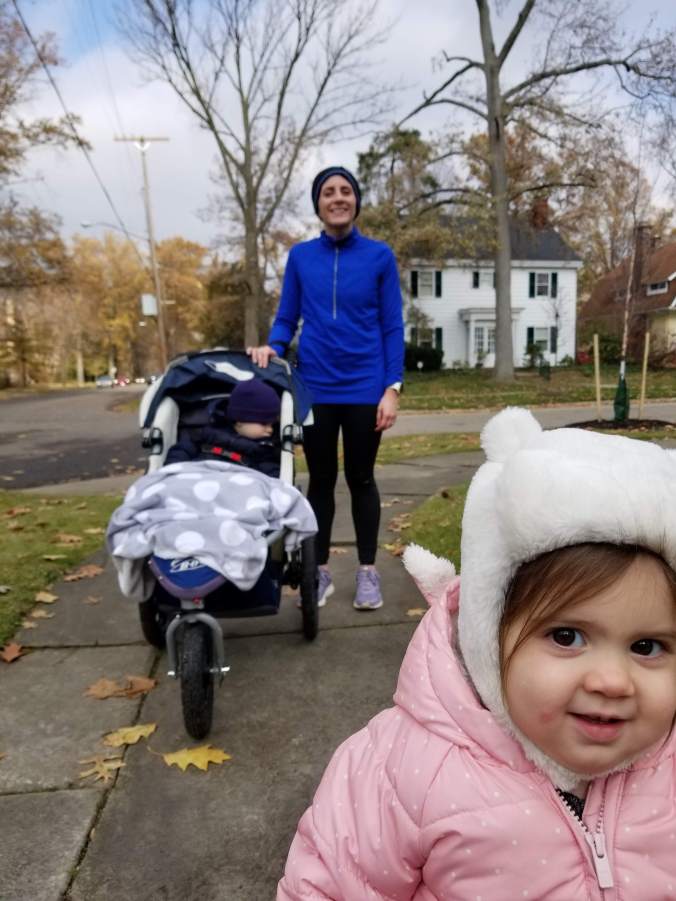 Then, we watched the Browns game. Hooray for a win!

We ended our Sunday with Sunday dinner with B’s family. And now, onto a short week! 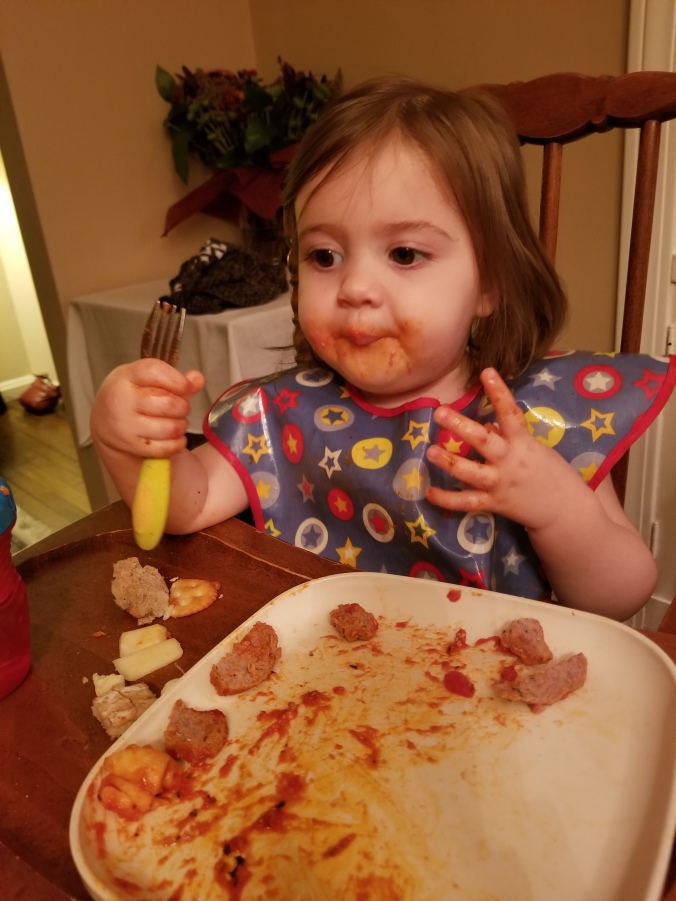