Well, it’s only taken 8 weeks, but I’m finally in a groove and feeling good about running. After taking a week off and having the flu, I had a rough time getting back at it, with having a hard time breathing and catching my breath. But I’ve been running with no chest pain for several weeks now. And, this week, I got in my first few runs with an under 10-minute/mile pace, which normally is a piece of cake, but since March has been impossible. I know I’ve said this before, but while the whole world is turning upside down, and I have no control over what happens, I am so so so grateful to have running. Especially right now.

Here’s a look at the week as a whole:

And some more about my runs during the week:

Friday morning I wasn’t initially planning on running. I was going to take off after my fast (for me) 8 miler on Thursday, or just get in a walk. But then, Thursday night I saw the news of the arrest of the men who had shot and killed Ahmaud Aubrey while he was going for a run. I saw that people were planning on running in memory of him, 2.23 miles (he was killed 2/23) on Friday (which would have been his 26th birthday).  I knew that of course I had to do that. It was a painful and slow 2.23 miles (and then some, because I’m not a good route planner), but of course I’m glad to be able to run in his memory. 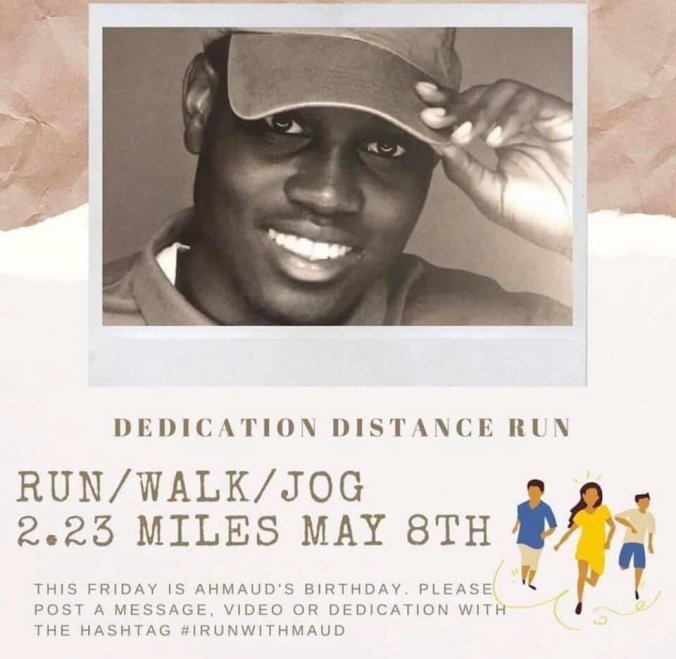 Did you get snow this week? It was COLD Saturday morning. In the 20s and flurrying! So, I’m glad I got outside, but I can tell you that I wasn’t looking forward to bundling up and getting out there. Did you see the snow on the steps in the earlier pic? And what I was wearing down below? Gloves, ear band, turtleneck and jacket. In MAY! Brr! 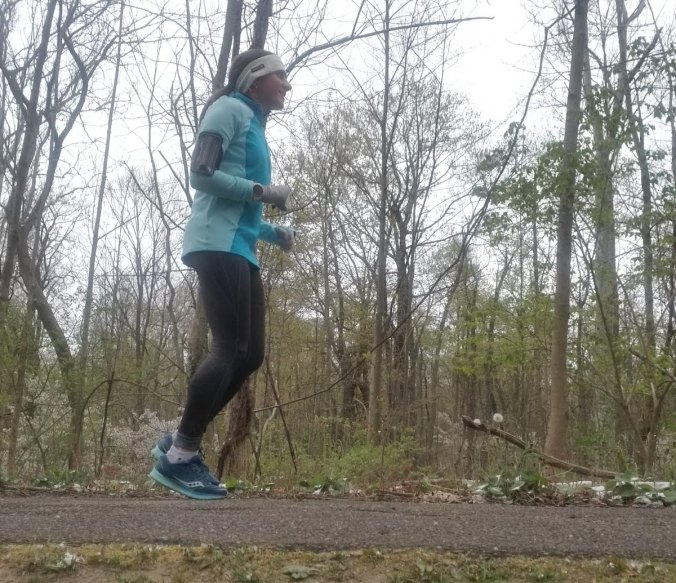