We had an eventful week last week.

Sunday night brought the stomach flu to our house – FW was up throwing at night and spent Monday home sick from school. B got sick on Wednesday, but thankfully so far LM and I got spared. I was still able to get in a run most days, but took Monday off as we were up most of the night with the sick kiddo and I was also afraid to be out running while he was sick.

Then Friday night, our neighborhood got hit by a crazy storm –  a microburst is what they’re calling it (similar to a tornado but part of a thunderstorm). We were out when it happened and barely made it home – each street we drove down had tree after tree down in the street, power lines down and even some wires AND trees on fire. It was crazy. Needless to say, Saturday I did not get in a run. We were without power and the streets were filled with downed power lines, smashed cars, debris, etc. I spent the day trying to help clean up and figure out what we had to do next to get our home back in order. 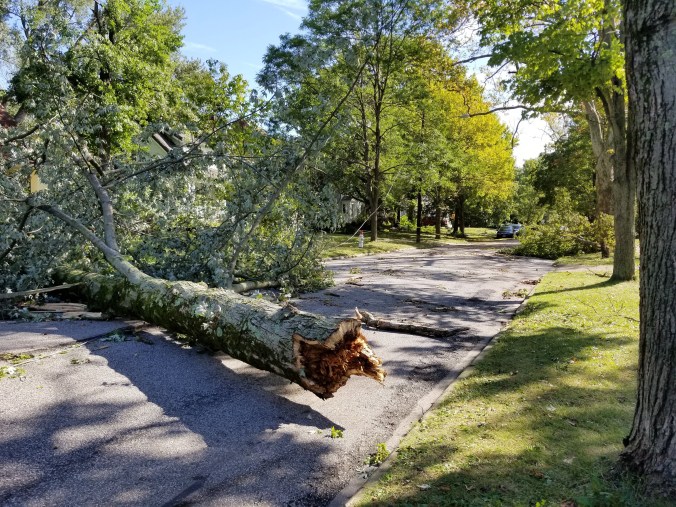 tree down on side of my driveway, power line on the otherside

there was some damage to one of our cars during the storm — but nothing like this!

Even with all of that, it was a good week mileage wise. This week we are without internet and power for some time, so blogging may be minimal, but I’m going to keep trying to run in the mornings. Hopefully power goes back on soon so the streets are brighter! 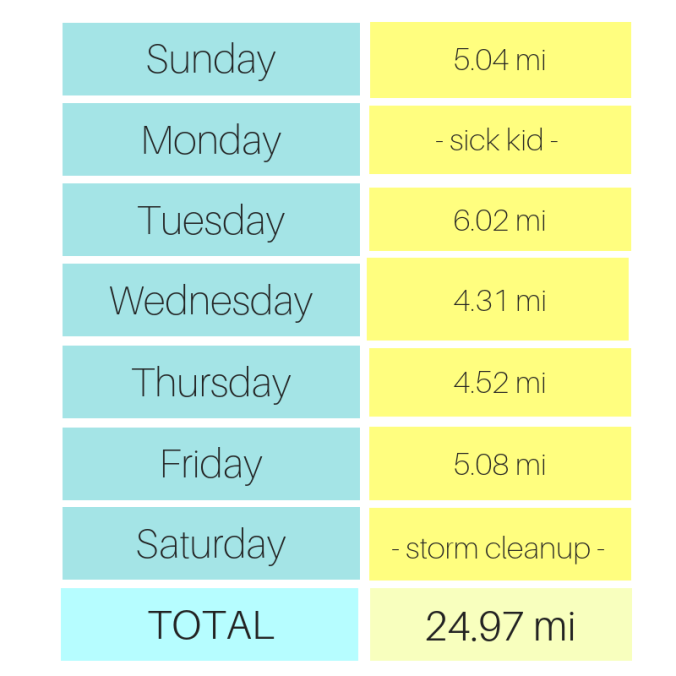