Well, it was another week of back inside most days. Partially due to the weather, and partially because I was anxious. Earlier in the week, I found out that a woman from a running group I’m part of (someone I don’t know personally), was attacked while running in the morning. She was running in an area I used to run in when I lived downtown and a man intentionally hit her with his car, before getting out, trying to rob her and then nearly hitting her again. They found him (thank goodness), and she is alright (relatively), but it still stuck with me all week and even though I know it’s an isolated incident, and not where I run now, and he’s in custody, I still didn’t feel comfortable running outside.

Anyway, I did keep running indoors — here’s a look at the week: 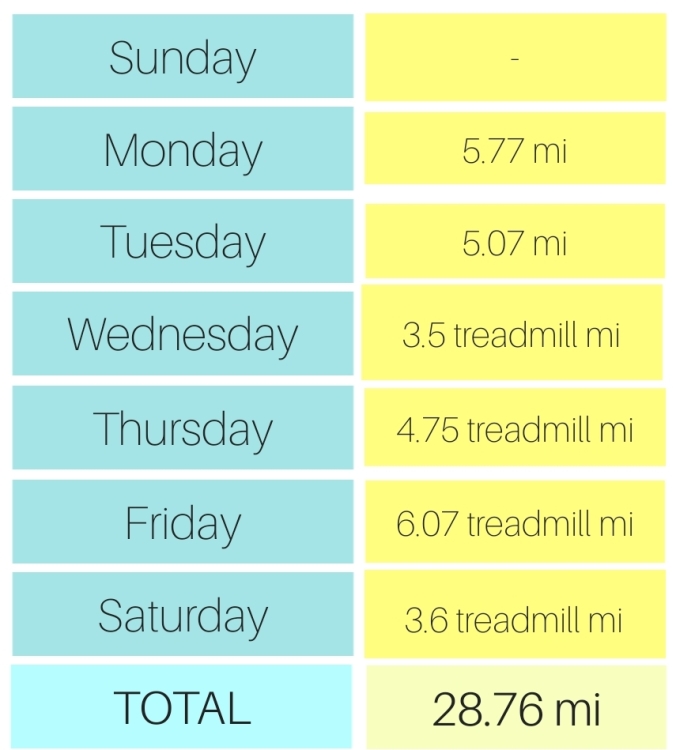 While the latter part of the week was mostly indoors, Monday’s run was amazing – it was 50°+, which meant I could wear capris. I don’t know when it will be that warm again! 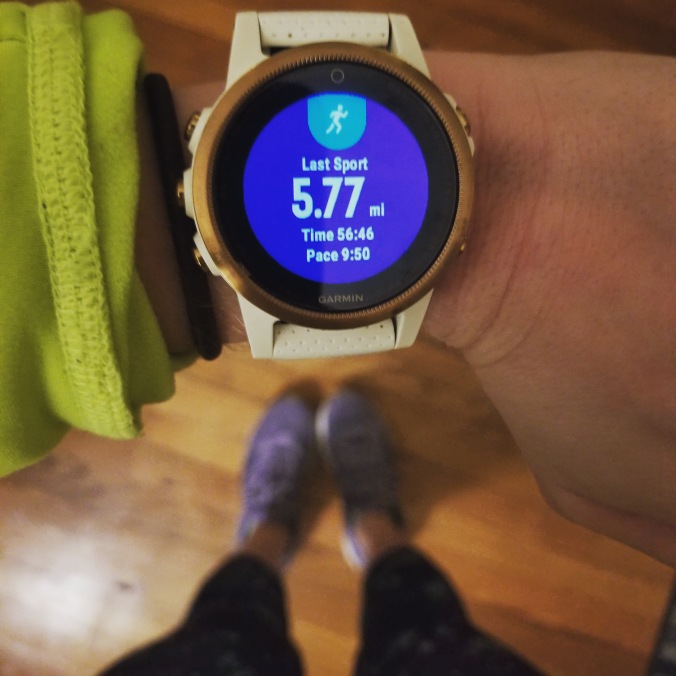 I also started watching Dirty John while running on the treadmill. I listened to the podcast (also while running) last year, so it’s fun to see it on the screen.

4 thoughts on “Back on the Treadmill”