I don’t know about you – but I feel like after all the events of this week, I’ve aged several years. Was it really only a week since my last update? So much has happened in the world and it has been a rollercoaster of emotions!

Thankfully, we had some unexpected reallllllly nice weather this week. It was in the 60s and 70s, which meant I got in some extra outdoor runs and NO treadmill runs at all! I also was able to get in two stroller runs, which seemed harder than usual, but was a nice way to spend some one-on-one time with FW while getting in 6ish miles each time.

Here’s a look at how this week went. I got in 40 miles of running, more than 10 of walking and I hit day 198 of my running streak!

I had off work on Tuesday for Election Day! We’ve never had the day off before, and I still had some work to do, but I enjoyed having the day to get caught up on some things, as well as stay home with the kids while B voted (I voted early by ballot drop off). Since I got to wake up a little later than usual, FW and I were able to get in a run while LM slept. It was great to run while it was light out and make it to my goal of 6 stroller miles.

The sunrises and trees this week were also so gorgeous this week. I had to stop and take it in some days. It just took my breath away.

Saturday we got in another stroller run! This time, we ran to our nearby bagel shop and picked up some breakfast while LM and B slept in.

Saturday was also so gorgeous – 70 degrees! – that we went for a walk in the Cultural Gardens. The leaves were in full color and it was so nice to get outside. While we were headed out, we also got the news about Biden and Harris and we were ecstatic!

7 thoughts on “When It’s 70 Degrees in November” 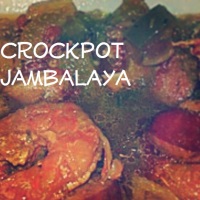